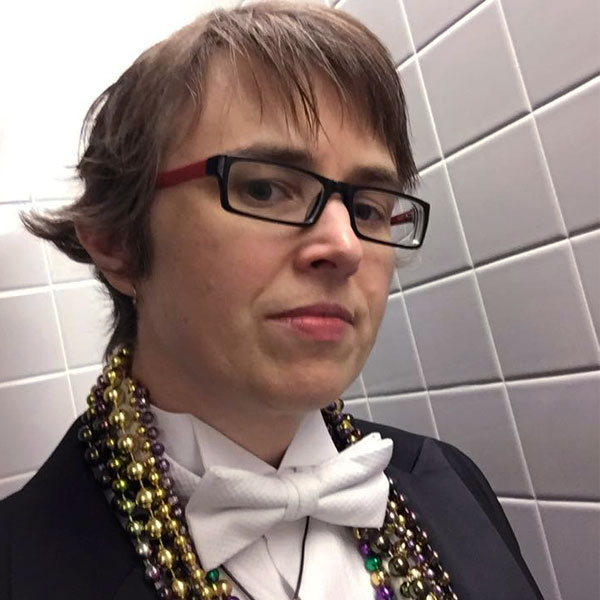 Amy L. Stone and her collaborator, Jaime Cantrell, have been chosen as finalists for a Lambda Literary Award. (Photo: Facebook)

An associate professor at Trinity University in San Antonio has been chosen as a finalist for a Lambda Literary Award.

Amy L. Stone, associate professor of Sociology and Anthropology at Trinity University and her collaborator, Jaime Cantrell, a visiting assistant professor of English at the University of Mississippi, were chosen as finalists for their book, Out of the Closet, Into the Archives: Researching Sexual Histories, an anthology with contributions from 15 authors. Finalists for the 28th Annual Lambda Literary Awards (known as The Lammys) were announced on March 8. They were chosen from 933 submissions from 321 publishers. Finalists are grouped into 24 book categories. Award winners will be announced at a gala on June 6 in New York City.

“Being nominated for a Lammy is an outstanding achievement among such a crowded field of submissions and within an LGBTQ writing community rich with talent,” Lambda Literary Executive Director Tony Valenzuela said in a statement.

“It’s a huge surprise–I didn’t even know my book was nominated,” Stone told Out In SA. “And I feel so honored to be among all the artists, poets, writers, and scholars being recognized by this award.”

According to SUNY Press, the book’s publisher, Stone and Cantrell’s book:

. . . takes readers inside the experience of how it feels to do queer archival research and queer research in the archive. The archive, much like the closet, exposes various levels of public and privateness—recognition, awareness, refusal, impulse, disclosure, framing, silence, cultural intelligibility—each mediated and determined through subjective insider/outsider ways of knowing. The contributors draw on their experiences conducting research in disciplines such as sociology, African American studies, English, communications, performance studies, anthropology, and women’s and gender studies. These essays challenge scholars to engage with their affective experience of being in the archive, illuminating how the space of the archive requires a different kind of deeply personal, embodied research.”

Stone’s other recent work includes Gay Rights at the Ballot Box, a book on the history of anti-gay ballot measures in the United States. She is currently doing research on the history of gay and lesbian participation in urban festivals in the South and Southwest.

Amy L. Stone, Gay Rights at the Ballot Box, Into the Archives, Jaime Cantrell, Lambda Literary Awards, Out of the Closet, Trinity University

A gay-owned San Antonio business has become the first in the city to be certified by the National Gay &...