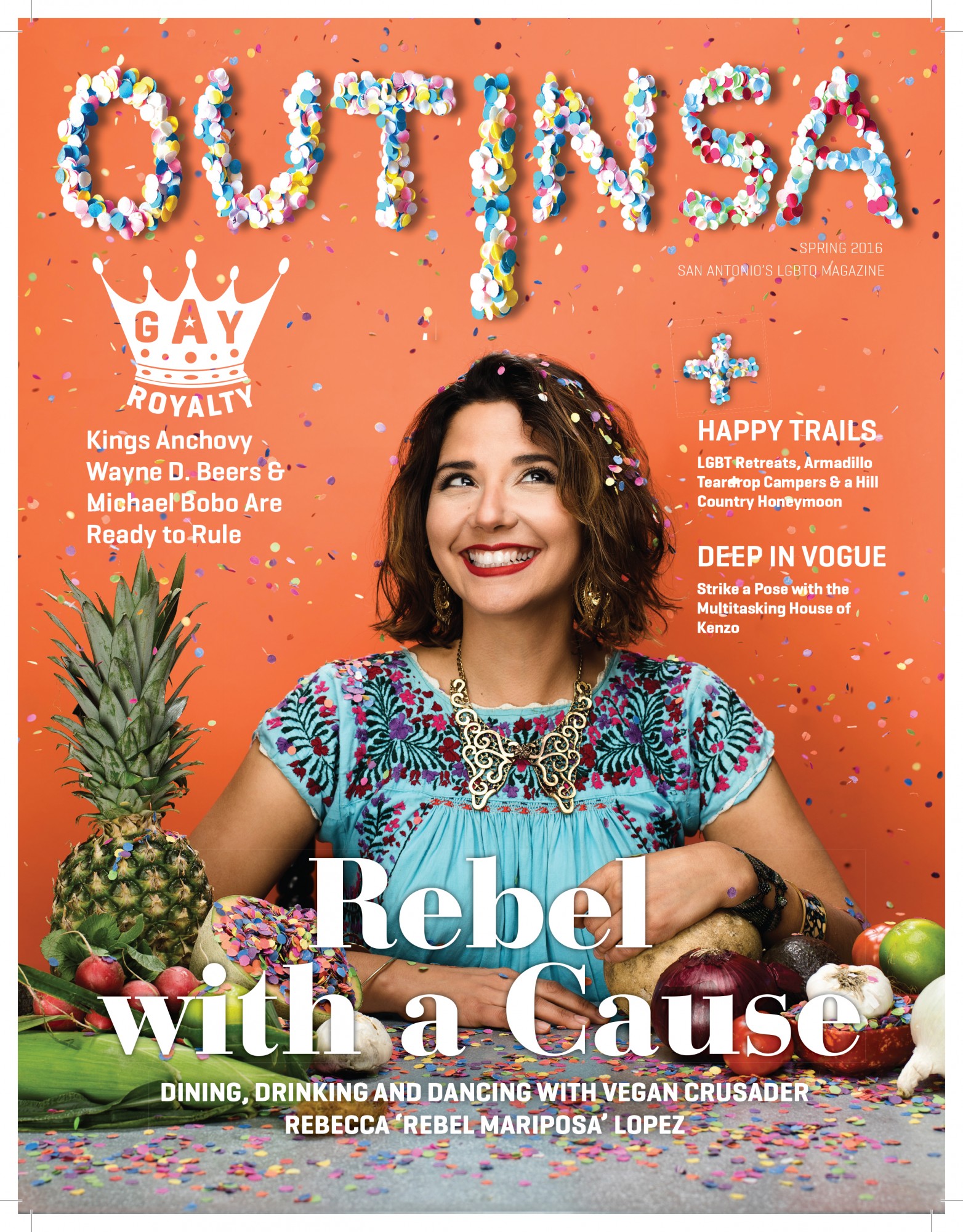 Recent random statistic: About six percent of the American public defines itself as vegan. Just guessing here, but that number is likely lower in San Antonio — which makes the local band of dedicated brethren and sistren small indeed.

But the key word is not “small,” it’s “dedicated.” Unlike diet-du-jour types who briefly espouse, oh let’s pick out of a hat, a gluten-free lifestyle, vegans tend to be focused, committed, almost religious about their ethical/eating choices. Nothing with eyes (or a heartbeat) about sums it up. As does this bumper-sticker slogan: “Tomatoes — the new red meat.” 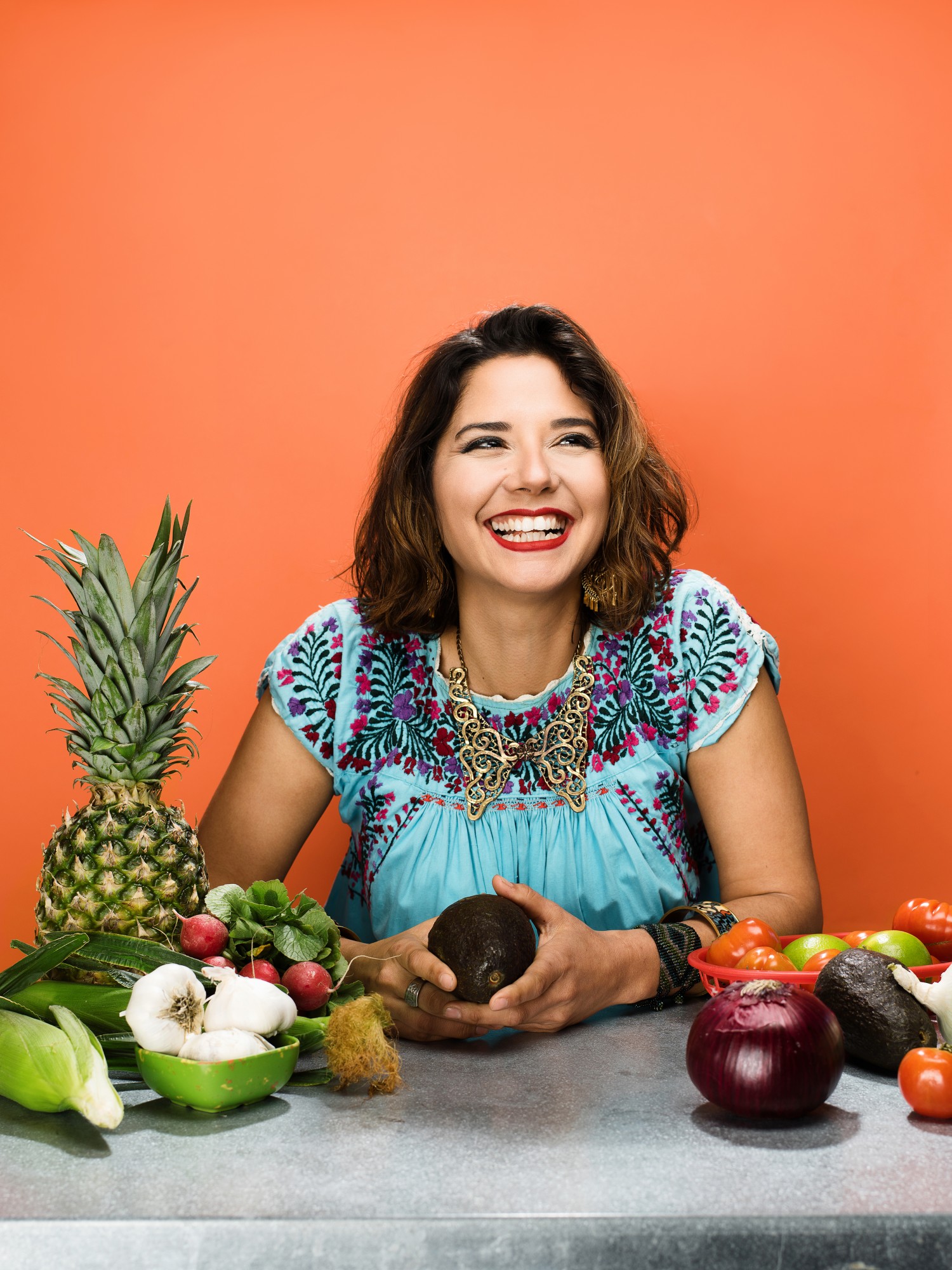 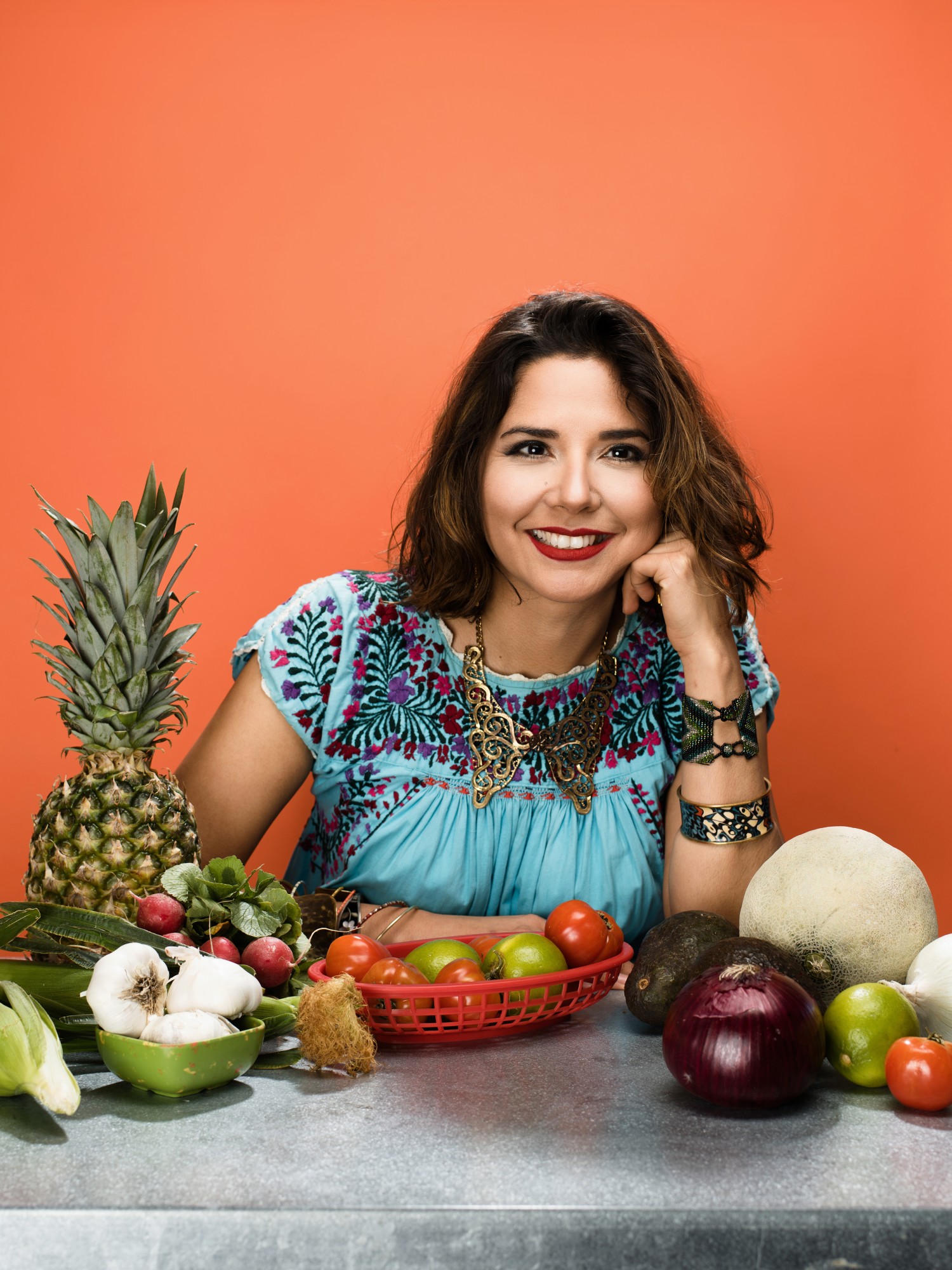 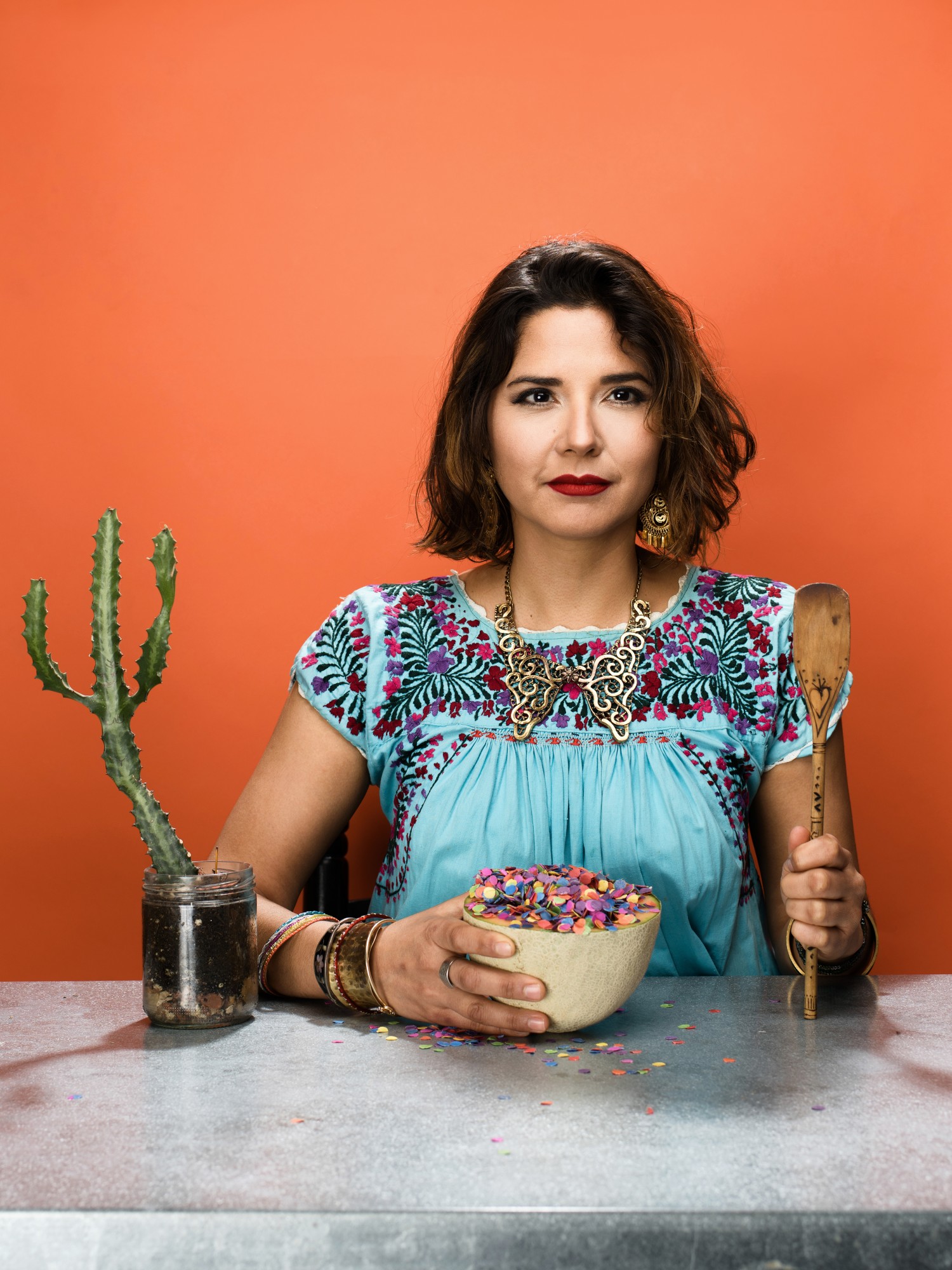 Rebeca Lopez doesn’t call herself the high priestess of San Antonio vegans, but she might as well. La Botánica (2911 North St. Mary’s), her restaurant/bar/gathering place is a hub of vegan eating and drinking and the covered outdoor patio serves as a kind of community forum where all are welcome — the committed, the curious, the random flexitarian. And their dogs, as the bowls scattered about testify. At first glance, it seems that Lopez didn’t grow up any weirder than many in San Antonio, but there were out-of-the- mainstream intimations in retrospect: Her grandmother was a curandera who made beer in a bathtub during Prohibition; her mother was a performance artist and a theater nut who hung out a lot at Jump-Start … “I grew up in political, community spaces,” Lopez says, “so this place naturally evolved from that. I wouldn’t have been that enthusiastic to do just a restaurant alone.”

The veganism was less inherited, more willful. It began at the University of Texas at Austin, to which Lopez transferred after starting out at UTSA. “It was a mainly political statement, a reaction against violence, the people who worked in the industry, and the disconnect [between the killing and us]. “We used to ask permission of the animal [to slaughter it],” she says. “I decided I didn’t want to eat [the animal’s] anxiety.”

About the same time (2004, to be exact), Lopez was DJing in Austin, along with contributing to On the Fringe, a show of news “others weren’t talking about.” She decided she needed an appropriate record-spinning handle and, as she had been reading Zapatista Subcomandante Marcos’ book Conversations with Durito, in which, as she recalls, there are images of “rebellions being like butterflies — they come in different colors,” the name “Rebel Mariposa” was born. And stuck. Though it presents some problems in conventional journalistic terms (Rebel? Ms. Mariposa?), we will refer to her by this moniker from here on out. Let’s say RM. Then, at age 40, her mother came out as a lesbian. She and her new partner moved to San Diego, and RM decided to follow. The move was transformative in many ways. “I was surrounded by people with a more fluid sexuality there, so I explored that along with food. It was way easier to evolve in California; I had more friends there who were vegan,” she says. (She also says she’s now dating a woman.) It was from a combination of politically motivated activity and growing vegan awareness that Rebel Eats was born. From the rebeleats.org website: “Rebel Eats is a plant-based food catering, educational and events collective with a social awareness doing radical things with and around food.” It wasn’t long before SA friends urged her to bring it (and herself) back home.

A friend (and now business partner) from her UTSA days, Danny Consante (aka Danny Delgado), found the place on the St. Mary’s Strip that La Botánica now occupies. “I said no at first,” says RM. But then she set about assembling a team to create a Kickstarter campaign (they exceeded the $10,000 goal by $5,000), to develop a logo, to put together a menu … “Some was thought out, some was being in the right place at the right time.” Arabella Daniels, a cook from Louisiana, helped create the menu. “I couldn’t have done it without her. She wasn’t vegan but switched gears,” says RM. Pick a gear, any gear, at today’s La Botánica. Trans to gay to straight: “‘We all feel safe here’ — when I hear that, I know I have accomplished what I set out to do,” she says — and it doesn’t take long for the drop-in observer to know that the claim of inclusivity is true. La Botánica’s Gay Thursdays might be dominated by a lesbian crowd (The L Word was showing on a large, floppy screen one such night), but men are more than welcome. One Sunday brunch hosted a stylish straight couple in black, an extended family with small children occupying a picnic table, and a tatted female duo with a kid, sporting a stylish shave cut dyed fluorescent lime, in tow. Some single guys hung out at the bar. And one recent night, RM danced with her father, long since remarried — and clearly at ease with the way things have turned out, under a provisional proscenium designed by local artist David Zamora Casas.

Events, for that matter, are as wide-ranging as the clientele. Conjunto to punk to jazz, says RM — and there’s even a summer “residency” by locally revered accordionist Eva Ybarra. It all adds up to the feel of an old-school ice house. “I want to bring back some of that barrio culture — to keep it alive and evolving for future generations,” RM claims. Of course food matters, too, but even the kitchen doesn’t escape politics and entrenched gender culture. “I know what it’s like to be a woman of color in this industry dominated by men. The kitchen may be traditionally a woman’s space, but when professionalized it becomes a man’s world. I want to take the space back,” she declares. It’s about both respect and survival.

Yet, says RM, “I don’t survive because of a vegan clientele but because of good food. Some may even go out and have a burger the next day.” Credit to her for not trying to simulate a beef patty with texturized vegetable protein. But it’s a little hard to get away from carnivorous terms no matter how pure one might want to be. At brunch, La Botánica offers a trio of “barbacoa” tacos that sub sturdy jackfruit for the more conventional stuffing. Less greasy and toothier than the namesake, some might find them more appealing, for that matter. One of RM’s oldest recipes, the tacos are good, but they could also use a little more going on — at least for this eater. Same with the accompanying black beans; they obviously don’t have any truck with salt pork, but might not be unhappy with some serious roasted garlic.

Empanadas are a natural for a place like La Botánica; they don’t require meat or dairy to work — and the enchipotlada version with potato, sweet potato, carrots and chayote (there’s also a black bean and a corn maque choux) does work well, especially with some side sauce added to the equation. That same maque choux, a Cajun concoction with bell peppers, onion and corn, is essential to the Swamp Thang, a kind of po’boy variant with refried red beans and avocado. The flavors are fine, but I personally miss something a little sturdier to sink my teeth into — maybe a slab of sautéed chayote or grilled zucchini for texture. But “I’m still having fun with it,” says RM, and we look forward to what might evolve — especially as vegan is the ultimate seasonal cuisine by definition.

The bar, for its part, is having a lot of fun being vegan right now. (Admittedly, bacon-infused bourbon is hardly a must on anyone’s back bar.) That menu was put together by RM, head bartender Monica Moreno and Andrea Vince, another owner. Signature cocktails, all gently priced at $5.50, include a lightly smoky and extremely refreshing Mezcalarita with fresh orange juice and house sour mix and La Morena based on house-made pineapple tepache, elderflower liqueur, gin, orange juice and more. Unique to La Botánica is a group of “street-styled” drinks called Bolis served in virgen-emblazoned veladora vessels — be sure to try the complex and rewarding No Manches with cucumber, lime, mint, St. Germain, Ordoki (an apple liqueur) and chamoy; it will stay with you. And for a simpler yet still sophisticated super-shot, you are directed to the Gin-Gin with “hand-shucked” tamarind.

But community events and food and drink evolution aren’t the only things on RM’s mind these days. “I want Rebel Eats to become a traveling food/talk show with a focus on food justice. There are a lot of people doing great things around that, and I want to get the word out, I want to cross the U.S., do a video blog ….” Ellipses, those pesky three dots implying something missing or more to come, are actually justified in RM’s case. There’s likely way more to come.

In the aftermath of the defeat of the Houston Equal Rights Ordinance, the Equality Texas Foundation is launching a public...