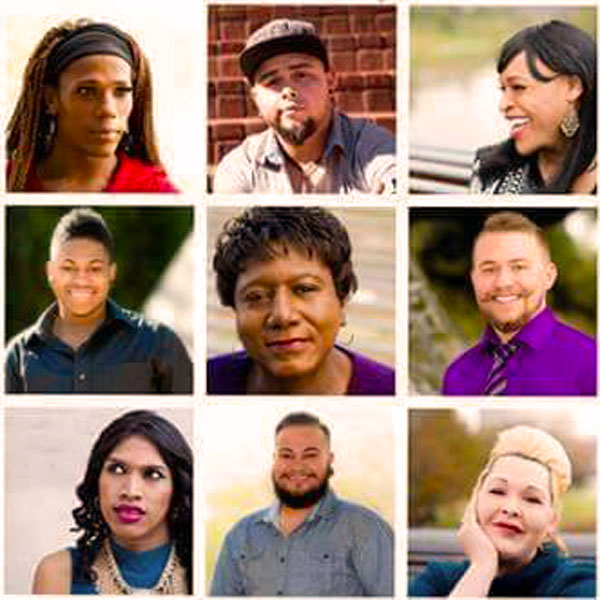 In the aftermath of the defeat of the Houston Equal Rights Ordinance, the Equality Texas Foundation is launching a public awareness campaign called the TransVisible Project.

“The purpose of TVP is to educate Texans that transgender people are our neighbors, families, coworkers, and friends,” said Lou Weaver, transgender programs coordinator for Equality Texas.

The defeat at the ballot box of Houston’s Equal Rights Ordinance was the result of misinformation and “bathroom panic” messaging formulated by one of the leaders of the anti-gay movement in Houston, Steven Hotz, and his hate group, the Conservative Republicans of Texas.

Adding insult to injury, the claims made by Hotz and his followers were left largely unchallenged by local news media, leading to the eventual defeat of the ordinance.

The TransVisible Project seeks to debunk the myths perpetuated by the ordinance’s foes by introducing transgender Houstonians in a broad public education campaign.

The program is being launched to coincide with the International Transgender Day of Visibility, which is observed on March 31. The presenting sponsor is the ACLU of Texas.

“We are here to let people know that it’s okay to love us and accept us for who we are as people and it’s important to tell them that we are at their post office, in their grocery store, in their place of worship, we bank with them, we do business with them, so we are a part of society. We pay taxes, we’re homeowners and we want to be accepted just like everyone else,” said Reagan White, a transgender woman from Houston who was quoted in the press announcement.

According to Equality Texas:

The TransVisible Project will inform Texans about the lives of transgender Texans in an effort to educate the public. It is legal in 32 states to fire a person based upon their gender identity. Transgender people are almost four times as likely as other Texans to earn below $10,000 per year (and this number gets much worse for transgender people of color). One in five transgender people has been homeless. In most states, there’s no guarantee that medically necessary procedures will be covered by insurance. And the staggering rate of violence against the transgender population has reached crisis level. The first transgender person murdered in the United States this year was killed in Austin, Texas.

“In Texas, as in other states, there is rampant discrimination against transgender Texans. Under Texas law, you can be fired or denied housing because you are gay or transgender. Texas leaders must pass a state law that protects everyone including LGBT Texans from discrimination,” Chuck Smith, CEO of Equality Texas, said in a statement.

The TransVisible Project opening reception will take place at the Mixed Emotions Gallery in Houston, Texas on March 31, 2016 at 6 p.m. Educational programming will coincide with the opening, featuring panelists who contributed their stories for the exhibition. For information, please contact DeAnne Cuellar at 210-896-9141 or [email protected].

Kristi Waters, the San Antonio Current’s Best of SA finalist for Best Drag Queen, is celebrating her birthday with two...