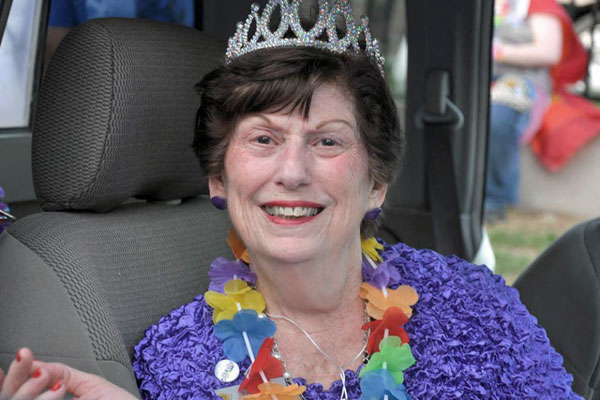 Yvonne Jonas, former president of the San Antonio chapter of PFLAG, who led the organization for 17 years, died during the early morning hours of June 8 at the age of 87. Friends say she passed peacefully in her sleep, surrounded by her family.

Jonas was a much beloved figure in San Antonio’s LGBTQ community. Aside from working with PFLAG and hosting meetings and a Help Line in her home, she had also been involved with PrideFest, the Stonewall Democrats of San Antonio, PRO San Antonio and other groups.

Chad Reumann, the current PFLAG SA president, said in a post on Facebook, “Rest in peace, Yvonne Jonas, beloved PFLAG mom has passed. She will be remembered. Her Grace and determination helped and inspired so many. You will be missed, and the SA community is grateful for your efforts!”

Jonas’ work with young people goes back to 1998 when she and local activist Dan Castor started a youth group. “Some of the youths could not drive at their age so they had to figure out how to get to the meetings. A couple of moms would gather the kids and bring them to the meetings. I was able to help all but one girl come out to her parents,” she told QSanAntonio in a 2011 interview. 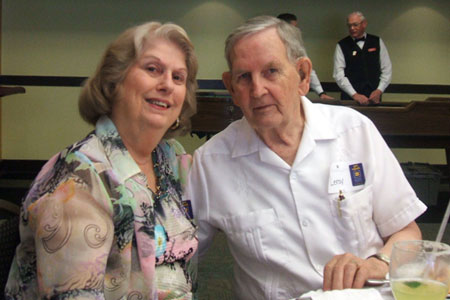 Yvonne Jonas with her husband Leroy at an HRC event in 2007. Leroy passed away in 2011. (Photo: Sam Sanchez)

Over the years Jonas helped counsel countless parents and their children. “Most of the parents never knew their children were gay,” she said at the time. “I still hear from a few of those young people, some are in their 30’s now.”

In 1999, Jonas received a Community Service Award from PrideFest, was honored with the Chuck Jordan Award for lifetime advocacy from the Human Rights Campaign in 2005, and was recognized with the Anchor Award from Equality Texas in 2013.

Jonas retired from PFLAG leadership in 2011 but remained active in the organization and in the community, appearing regularly in the annual Pride Parade.

There is no doubt that Jonas’ work with PFLAG provided much needed support to both parents and young people. “I had a slogan that I lived by,” she once told QSanAntonio. “When a Mom calls crying that her child just came out to her, I do not let her hang up until she can smile.”