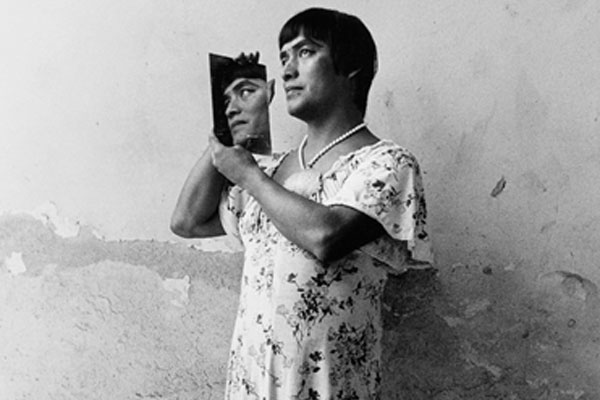 As part of this year’s Fotoseptiembre, Ruiz-Healy Art will present “A Lens to See,” a solo exhibition of photography by Graciela Iturbide which runs through October 15.

The selections are gathered from the Wittliff Collections at Texas State University, one of the largest archives of contemporary Mexican photography, and span a period from the early 1970s to 2006. This exhibition marks the first time Iturbide has been exhibited in a commercial gallery in Texas.

In 1987, Iturbide received the W. Eugene Smith Memorial prize for Juchitán, a photo essay developed over a 10-year period during which she lived and worked among the indigenous people of the small town located in the state of Oaxaca.  Among this body of work is Magnolia a portrait of a Muxe (pronounced MOO-Shay), or an individual who identifies neither as male nor female. In Juchitán, a town often described as a matriarchy, women run the local markets, dominate the economy, and are the heads of their household. Here, homosexuality and the acceptance of a third gender are widely accepted.  Muxes may dress as either male or female, and are admired and respected for their embroidery and craft making skills. As the transgender movement in the United States gains traction, many in Juchitán still debate whether an individual can be both Muxe and transgender.

In a Spanish language interview with Adela Micha, Iturbide revealed she first met Magnolia while visiting a bar in Juchitán. “There, Magnolia asked me if I would like to photograph her and I said of course. So then she went to her room and made herself up the way she wanted to. I only photograph people with their permission.”

In 2008, Iturbide earned the Hasselblad Award, one of the highest distinctions in the world of photography. Her work is included in several major collections such as the Metropolitan Museum of Art and the Museum of Modern Art and in 2013, Iturbide’s work was exhibited at the Tate Modern.

Originally published in the San Antonio Current If video killed the radio star, Chris Conde might be a martyr. Conde,...