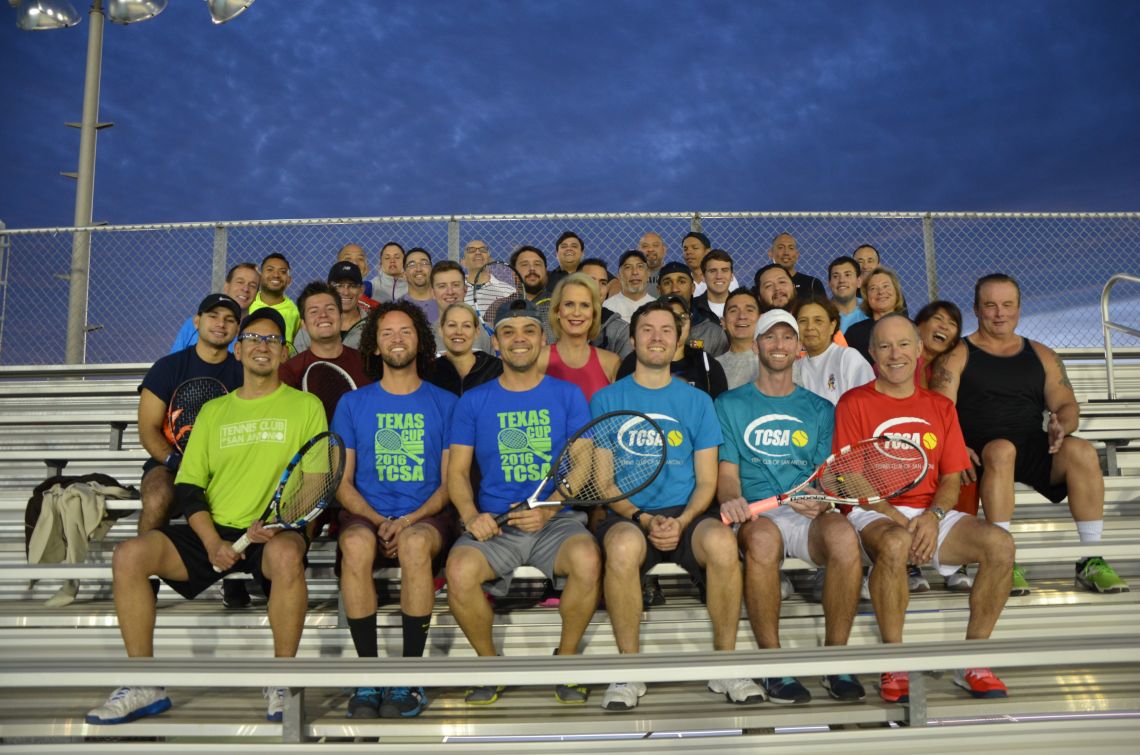 The Tennis Club of San Antonio photographed by Bryan Rindfuss

The Tennis Club of San Antonio (TCSA), affiliated with both the United States Tennis Association and the Gay and Lesbian Tennis Alliance (GLTA), is a young organization (founded in June 2015) that has already achieved quite a status.

The big tournament that the group hosts, the Alamo City Tennis Classic (ACTC), has, in only its second year, been designated as a Master’s Series Event by the GLTA. This designation essentially means that, in this competition, players can earn double points, thereby maximizing their opportunity to improve their ranking. This, of course, means that the 2017 ACTC (April 21-23 at McFarlin Tennis Center) should gain in popularity among competitive tennis players, which is a great thing for the TCSA and San Antonio in general.

In talking with TCSA founding President Kyle Gordon — who runs the club with seven other board members — we found out that “no other city has ever been given Master’s Series designation by the GLTA after one tournament.” Each year, the GLTA selects five tournaments worldwide for the designation, and this year the ACTC joins tournaments in Detroit, New York, Prague and Madrid on that prestigious list.

Gordon notes that he (and a few others) founded the club to foster LGBTQ representation in the San Antonio tennis scene, after lamenting that Austin, Dallas, and Houston already had GLTA clubs, despite the comparative robustness of the tennis community here. “San Antonio has the largest tennis community in Texas, so we wondered ‘where’s the LGBTQ representation?’” Gordon said.

Gordon calls the unprecedented success of the ACTC “a huge honor,” and attributes it to the “amazing support of the local (tennis and non-tennis) community,” in terms of donations, volunteerism, and willingness to “step up to the plate.” He also noted that such a success would not have been possible without the efforts of the (roughly 100) members.

The TCSA is open to players of all skill levels and, despite its LGBTQ core, of all sex/gender orientations. The organization hosts social tennis for all skill levels, three days a week at McFarlin, as well as a variety of other tennis and non-tennis events.

As a nonprofit, the TCSA donates some profits from the ACTC to charities — including, this year, Thrive Youth Center, National Junior Tennis and Learning, and two $1,500 scholarships for young tennis players in San Antonio — that “have obvious positive impacts” and give “more to the cause than to administration.”

Republicans in the 85th session of the Texas Legislature are pushing a number religious refusal bills that would codify anti-LGBT...