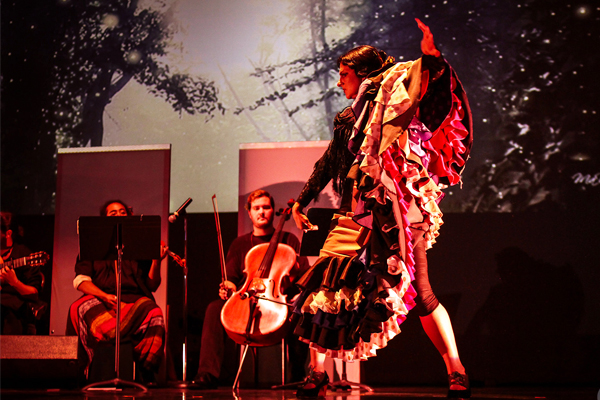 Artistic director Tamara Adira leads an ever-evolving cast of dancers and musicians in a multidisciplinary performance juxtaposing flamenco with classical and modern dance. Since the company’s 2010 debut in San Antonio, Adira has brought in exquisite talent from across the globe including late flamenco masters Teo Morca and Timo Lozano to perform alongside its members. For this performance, Adira will feature special guest artist Bianca Rodriguez from Oakland, California.

A Flower in the Crossroads draws inspiration from the complex root system of flowers, a metaphor for Adira’s own persevering spirit. “There are obstacles vast and impossible to push through,” Adira said. “But the persistent root system of a flower is stronger. When we find that root system within ourselves, we can push through anything.”