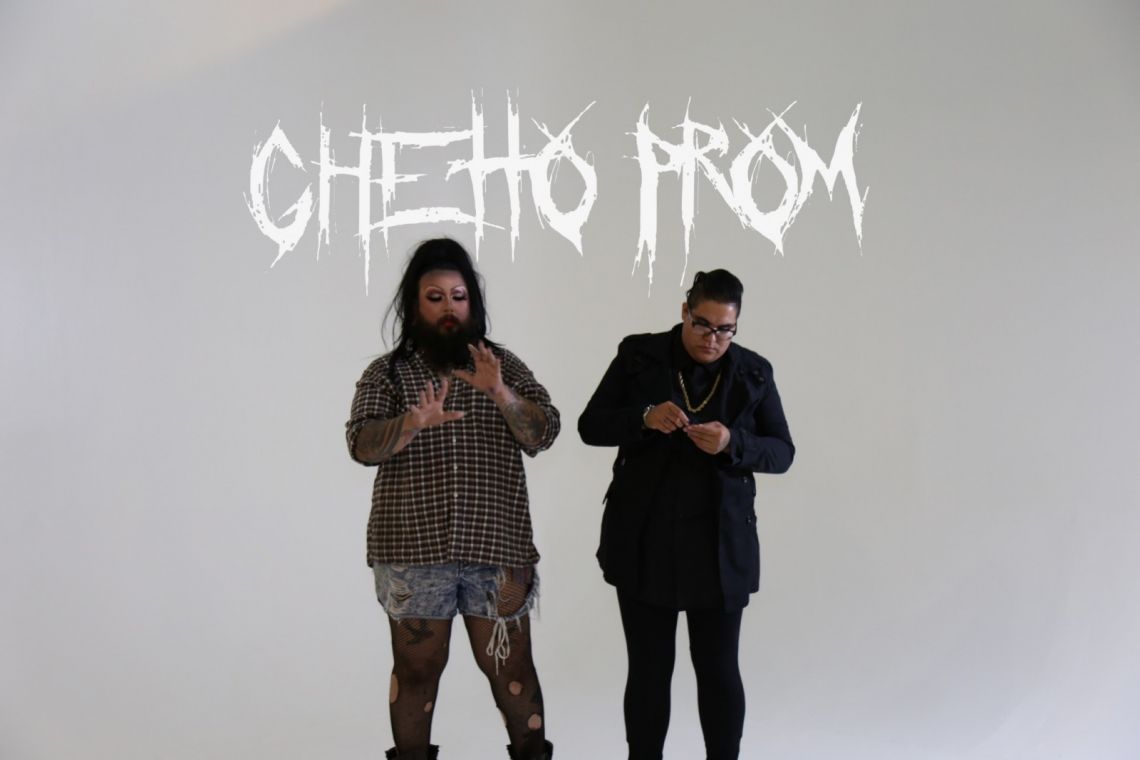 Freshly formed local act Ghetto Prom recently premiered the video for “Get It” — and it’s ghetto fabulous. The gender-bending duo, made up of rapper Chris Conde and singer Alyson Alonzo, is the latest project to come from the two musicians who have been “sharing the stage for years” but never officially collaborated. In the video Conde is seen in drag performing as his alter ego Diamond Daggers, while Alonzo dons a mustache and men’s suit as her alter ego Lando ZoZo.

The two performers dance and pose along with a cast of dancers from SA’s House of KENZO. It’s big; it’s flashy; it’s a bit unsettling, actually. But it works. It’ll be interesting to see what comes next from these creative partners who have both garnered buzz on their own terms.

On Saturday, the duo opens the second of four weekly Lonely Horse Farewell Residency shows at Hi-Tones with a performance at 10pm, followed by sets from King Pelican (11pm), Verisimilitude (midnight), and the soon-to-be-renamed headliners (1am).

LGBTQA artists, crafters and performers unite for Queer the Cheer

Devised by local artist/educator/musician Ernesto Olivo and a handful of collaborators from varied backgrounds, the SA Queer Collective is designed...