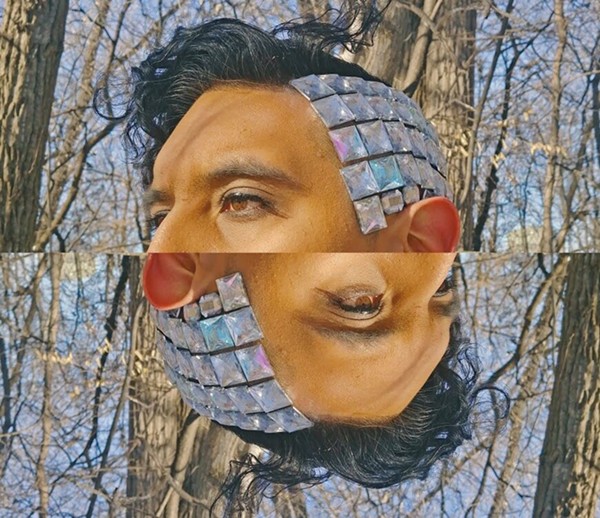 Queers & Beers is a roving, irregularly occurring, independent music event that exists to promote community and visibility for LGBTQ acts across genres. Furthermore, it aims to combat rampant stigmas surrounding the (sadly) widespread perception that music by members of the LGBTQ community all sounds one particular way.

In 2015, when the first edition of Queers & Beers went down, it wasn’t nearly as common (though it’s still not common enough) to see shows/music events dedicated to showcasing LGBTQ artists specifically.

Show organizer and local rapper Chris Conde told the San Antonio Current that the loose idea for the first Queers & Beers was just to gather together diverse local LGBTQ performers and put on an entire event that they could feel was for them and by them.

After a successful first event, Queers & Beers 2 took on a gravity that Conde couldn’t have anticipated, steeling his resolve to continue his commitment to the series.

Conde said the show “happened to land on the day of the Pulse nightclub massacre and it sort of solidified what we were doing: building a community for queer folk and our friends to gather and support each other while putting a spotlight on art and music produced and performed by LGBTQ people.”

Past performers have included Pink Leche, Alyson Alonzo, House of KENZO and other prominent local LGBTQ acts. This installment is special in a few ways. It’s the biggest bill in terms of number of acts, the first to feature an out-of-town headliner (Moodie Black, more on them in a moment), and the first to include LGBTQ allies on the bill.

Knowing that last part might give pause to some, Conde offered something of a disclaimer.

“While some folks might be upset that there are non-LGBTQ folk on a showcase that has been predominately LGBTQ, I want to stress that this still is a queer event and that allies are our guests in our world and should feel welcome. Allies are an important part of erasing the stigma surrounding LGBTQs.”

“At the end of the day,” Conde said, “the new normal will be a space without labels, just people, love and art. Since we’re a little bit away from that, we need unity with supporters of our community more than ever.”

The lineup for Queers & Beers 4, heavy on the hip-hop and noise fronts, is, in a word: legit.

For starters, Moodie Black has been a seminal act on the ground floor of the noise-rap movement. The harsh yet frequently epiphanic creative vehicle for rapper Chris Martinez AKA Kdeath, a non-binary trans femme individual, Moodie Black has increasingly made a good name in the broader world of alternative hip-hop as well. Ever since their start in the mid-aughts, Martinez has poured the blood from fresh wounds and the residues of old struggles into this project. And, for my money, the best thing they’ve released yet is their most recent album, dropped in April, Lucas Acid.

The whole shebang will be hosted by the notorious, uproarious and luxxxurious Miss Taint, a drag queen who showed up on the cover of the Current for our pride issue last year when we showcased the alternative drag community in the Alamo City.

For Conde, the purpose of this show series is beautifully simple and hopeful.

“The ultimate guiding value in this whole thing is to communicate that LGBTQs exist in so many different spaces and genres of music: rappers, experimental noise artists, pop stars, electronic producers and so much more. The more that world can see us as humans, the quicker they’ll start treating us as such and giving us the rights other humans have.”

Pride Center San Antonio announced this week it is looking to hire a community empowerment coordinator who will help organize...