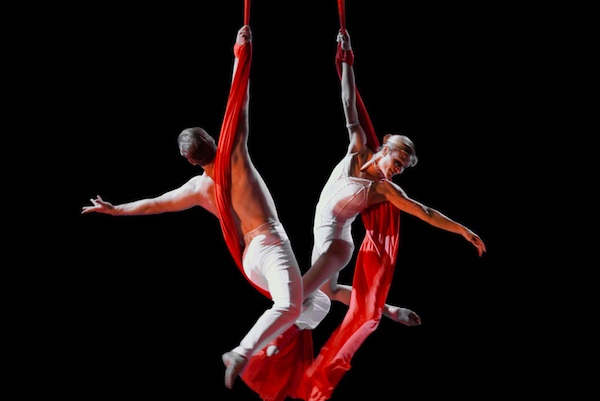 Cirque de la Symphonie will return to San Antonio this week for three gravity-defying performances at the Tobin Center for the Performing Arts.

The Atlanta-based company, founded just over a decade ago, is the only cirque company in the world to work exclusively with orchestras. It will present its carefully choreographed pieces alongside live music performed by the San Antonio Symphony.

Cirque de la Symphonie first performed in San Antonio in 2011 and later returned for several near-sold out performances at the Tobin Center during its 2015 inaugural season.

Originally published in the San Antonio Current. Earlier this year, the Texas Department of Family and Protective Services quietly removed...