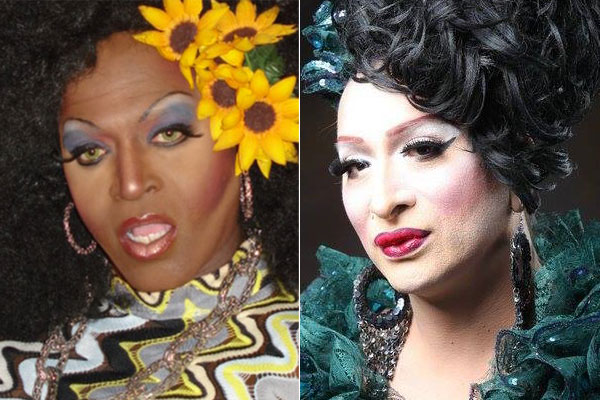 The LGBT community is mourning the death of two of San Antonio’s most popular drag performers leaving many stunned at the loss.

Torrance Cheeves, who performed under the stage name of Mrs. Whoochie, was found dead at his home on the East Side on August 26. According to news reports, the Bexar County medical examiner ruled Cheeves died from a stab wound to the neck. Police are calling the death suspicious.

Cheeves performed for many years at the Bonham Exchange. “We were all in tears. We can’t believe that someone who was so kind to everyone would meet such a horrible ending,” Joan Duckworth, office manager at the Bonham told KSAT-TV. “Torrance was the sweetest man you have ever met in your life. He was such a great guy. It doesn’t make sense.”

“He’s been here forever. He was here when these doors opened. He was a sweetheart of a man. At 6 foot 8 he was a teddy bear,” Lee Haines, assistant manager of the Bonham told the San Antonio Express-News.

A tribute show “celebrating the life of our angel Mrs. Whoochie” will be held on Sunday, August 30 at 11 p.m. at the Bonham Exchange.

Friends of Mr. Jenny McCall (Milton Hernandez) say they became worried when they had not heard from him for a couple days. On Thursday, August 27, they went to his house and found that he had apparently died in his sleep. One source told Out In SA that Hernandez had been ill.

“Jenny McCall was one of the most creative drag queens in San Antonio,” says James Poindexter, board secretary for Pride San Antonio. “She was top-notch in everything she did. She also helped promote many young performers both here and in Austin where she had a large following.”

Poindexter says Hernandez hosted the Newcomer’s Show at The Saint for many years. He was very active in helping promote events for Pride San Antonio and emceed the Pride Parade in 2008.

Friends of Jenny McCall are hosting a tribute show at The Saint on Tuesday, September 1 at 11:30 p.m.  Another tribute is planned at the Silver Dollar Saloon on Friday, August 28 at midnight.

In a Facebook post on August 28, San Antonio actor, writer and burlesque performer Dino Foxx articulated what many are feeling following the passing of the two drag icons.

“The heartbreak that our San Antonio community is feeling is palpable. First with the loss of Miss Woochie yesterday and now with the unbelievable news that Mr. Jenny McCall has passed. My heart goes out to all of you still in shock. I love you all and hope you take the time to hug each other tonight.”