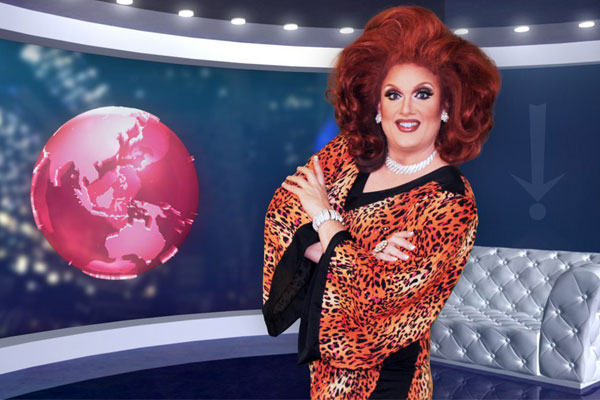 New York-based drag performer Delighted Tobehere, the self-described “Queen of All Trades,” is coming back to San Antonio to headline her second benefit for the Thrive Youth Center on September 27 at the Bonham Exchange.

The Thrive Youth Center is the only overnight shelter for LGBT youth in Texas and the Southwest United States.

The fundraiser, dubbed A Second Night at the Bonham, has been described by organizers as a “fun night of entertainment, food, silent auction and a trivia competition.”

Tobehere was last in San Antonio a year ago when she played host at the Thrive’s first Bonham Exchange fundraiser.

Tobehere combines celebrity illusion, impressions, live vocals, lip sync, comedy, and quick wit to wow audiences. She was named one of the funniest drag queens in America by the Huffington Post. She is also famous for her impression of the singer Adele with one London magazine calling it “something that has to be seen to be believed!” 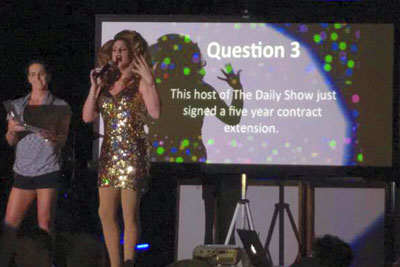 Along with her magnetic stage presence, Tobehere entertains audiences with her powerful singing voice. She was crowned Broadway’s Best In Drag and won the live singing drag queen competition Sing, Queen! On NBC’s America’s Got Talent, where she received four “yes” votes from the judges, Howard Stern said he loved her performance and Howie Mandel dubbed her “the first country music drag star.”

A haven for homeless LGBT youth in S.A.

The Thrive Youth Center for homeless LGBT youth opened its doors on February 28, 2015 at Haven for Hope. The center has over 1,400 square feet of space which includes dorms, bathrooms, offices and a reception area.

Thrive’s clients are able to use Haven’s comprehensive range of social, spiritual, medical and behavioral health services. The goal is to create self-sufficiency and to work toward providing permanent housing opportunities. They can also take advantage of GED and employment readiness classes; opportunities for higher education; medical, dental and vision care; case management; and counseling.

According to Haven for Hope, it is estimated that half of homeless youth in San Antonio are LGBT.

“A Second Night at the Bonham will be an opportunity to share with our friends and community more information about this vital programs for the LGBTQ youth on the streets of San Antonio,” Thrive’s executive director, Sandra Whitley, wrote in a letter to sponsors. “Each youth knows the precise moment when there is an open bed at Thrive, and while our waiting list is constant our services are consistent. We meet our young people where they are in their life journey and afford them a chance to secure safe and stable housing.”

The Thrive Youth Center presents A Second Night at the Bonham, 6 to 10 p.m. on Thursday, September 27 at the Bonham Exchange, 411 Bonham Street. Tickets are $85. Purchase tickets at this link. Event sponsorships available. For more information or to donate a silent auction item, email [email protected].

Local fashion designer Leighton Whittington debuted his brand in Paris last spring but remains as proud as ever for the...