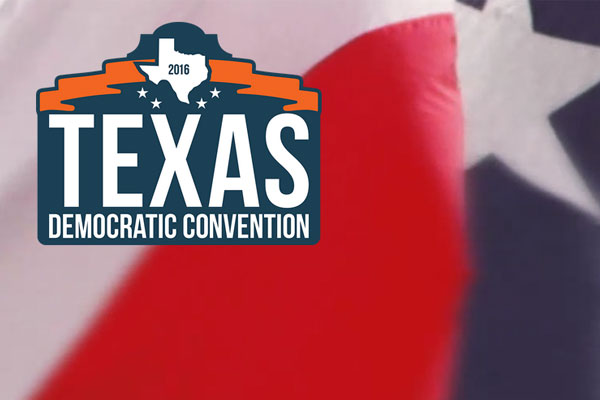 The Texas Democratic Convention is scheduled for June 16-18, 2016 at the Alamodome in San Antonio.

Democrats in Bexar County’s three State Senatorial Districts have passed several pro-LGBT resolutions that will now be sent for consideration to the Texas Democratic Convention in June.

The slate of seven pro-LGBT resolutions was passed by delegates at State Senatorial District conventions held in Districts 19, 25 and 26 on March 19.

The resolutions were presented and passed in districts all over the state, according to political activist Dan Graney who was among those who helped assemble the list for statewide consideration.

Graney said some of the resolutions were prompted in anticipation of the next session of the Texas Legislature when Republicans are expected to continue their barrage of anti-LGBT legislation.

Following is a recap of the seven resolutions:

1. Supporting passage of Equality Act of 2015 to amend the Civil Rights Act of 1964 to include sexual orientation and gender identity.

2. Respecting Religious Diversity and Defending Religious Liberty to address legislation intended to discriminate against same-gender couples in the guise of “protecting religious liberty.”

4. Supporting non-discrimination ordinances, including in public accommodations, in more municipalities across Texas.

6. Supporting increased funding for education in regard to sexual assault on Texas college campuses.

The Texas Democratic Convention is scheduled for June 16-18, 2016 at the Alamodome in San Antonio.

We all know that familiar tune: "Thank you for being a friend, Travel down the road and back again...." This...