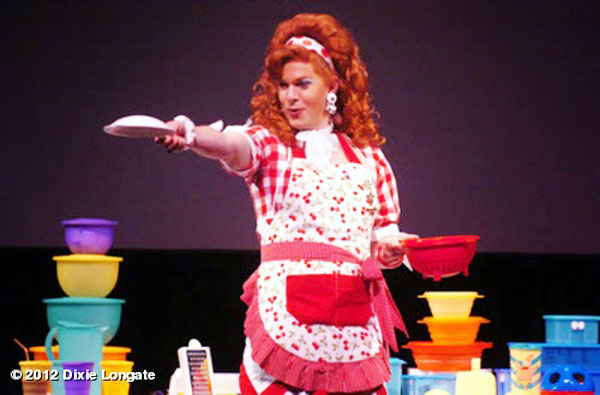 Dixie Longate will be in San Antonio for four performances of "Dixie's Tupperware Party" starting August 17 at the Tobin Center. (Photos: Dixie Longate) In addition to raunchy laughs and a handy Tupperware catalog, guests can expect to be called “hooker”—which Dixie naturally considers a term of endearment.

Dixie’s Tupperware Party will hit the stage at the Tobin Center for the Performing Arts from August 17 to 19 for four performances in the Carlos Alvarez Studio Theater.

The Three Faces of Alison For the past decades, imported British musicals seemed to rule the Great White Way. That...