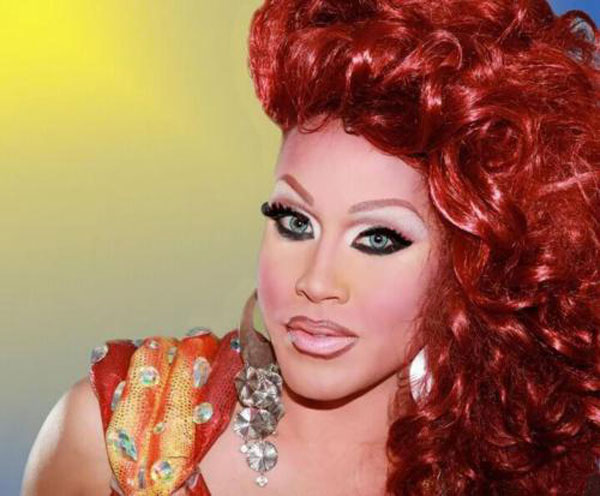 A performer from the fourth season of RuPaul’s Drag Race posted a YouTube video on March 15 in which he discusses his incarceration at the Bexar County Jail and the conditions inside the prison.

Jaremi Carey, who performs under the name Phi Phi O’Hara, was arrested in Austin in February after arriving from Canada where he was part of a group of touring performers affiliated with Drag Race. Canadian immigration officials alerted police in Texas where Carey was wanted in San Antonio for a probation violation.

Carey was taken into custody as he deplaned in Austin and was transferred to the Bexar County Jail in San Antonio where he served a 30-day sentence.

Eight years ago, while living in San Antonio, Carey was found guilty of theft, being accused of stealing from his employer. He was sentenced to probation but violated the terms of that probation when he was later arrested for driving under the influence. Probation officials wanted Carey to go into rehab for alcohol but instead he moved to Chicago, prompting the probation office to issue a warrant for his arrest.

During his time in Chicago, Carey says in the video that he met RuPaul. In 2012, he became a contestant on the fourth season of Drag Race where he came in as runner up. Since that time, Carey continued performing and touring, all the while knowing that he had the warrant in San Antonio hanging over his head.

Once in jail, Carey says he was shocked by what he experienced in the Bexar County lockup. He says it was hard to believe the facility was in the United States because it was so dirty and rundown. He describes peeling paint and mold on the ceilings of the cell he shared with seven other inmates.

Carey says that after an outbreak of scabies in his cell block, inmates were quarantined for three days and not allowed contact with anyone else in the facility. He says that during that time some of the prisoners with HIV did not get their medications.

He also describes an episode when a transgender woman in the cell block had a diabetic seizure and guards would not come to help her. When the guards finally came, they laughed and made jokes.

On the Phi Phi O’Hara Facebook page, Carey explains in a March 25 posting, “I did this video because I know I have a platform many don’t and my voice would be heard to be honest and open about a situation that is 8 years old, not lie about who I am, and to inspire others or be a voice for those who feel they do not have one.”

Jail appears to have been a sobering experience for Carey. Legal expenses have exhausted his savings. He advises his fans, “When you get in trouble, man up and fix the problem.”

District 1 Councilman Roberto Treviño: I want to be inclusive