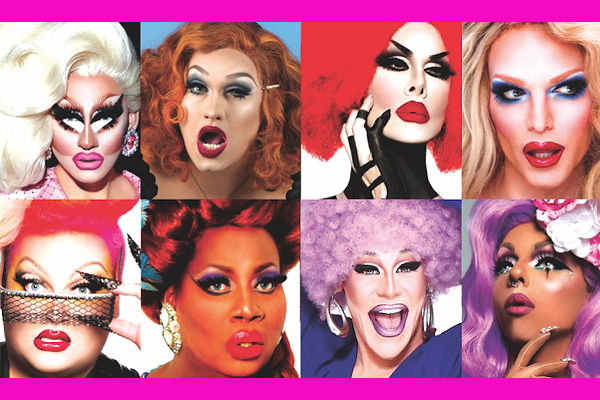 When it was announced that RuPaul’s Drag Race would make a switch to VH1 after eight seasons on the LGBT-centric LOGO network, it was expected that the reality competition show would receive a boost in ratings.

The season nine premiere doubled the previous season’s debut and earned RPDR its highest ratings ever with nearly one million people tuning in. Within weeks, the show’s influence on pop culture was evident when Saturday Night Live featured a skit that centered on RPDR and even name-dropped one of the season’s breakout stars, Trinity Taylor.

Presented by Murray and Peter, the Haters Roast promises a riotous evening filled with “stingers and zingers” as the queens discuss everything from politics to current events and love.

In today’s political climate, where it seems LGBT rights are more vulnerable than ever, drag serves not only as a form of entertainment, but as performance art challenging the views of the past in favor of a more inclusive, forward-thinking 21st century.

The Linda Pace Foundation's newest exhibition, which opens on March 10, will feature 25 monochromatic works by some today's most...