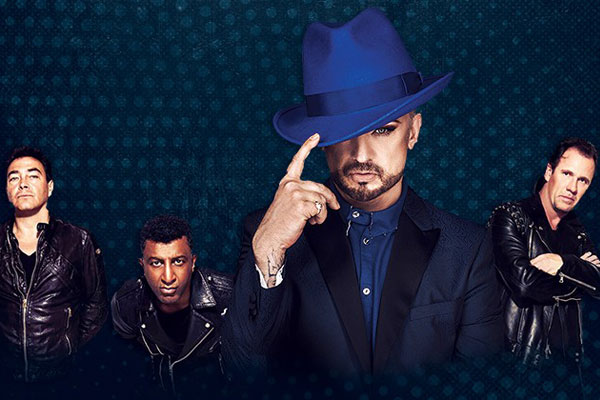 On July 7, 80’s musical sensation Boy George and Culture Club will make as stop in San Antonio at the Tobin Center as part of a 45-city tour.

Since the group was first formed in 1981, Culture Club has sold more that 50 million albums and 100 million singles with hits like “Do You Really Want to Hurt Me,” “Karma Chameleon,” and “I’ll Tumble 4 Ya.” They are the first band since The Beatles to have three Top Ten hits in America from a debut album.

The band’s original collaboration only lasted until 1986 when it disbanded. However, since reforming in 2014, they have been touring and working on new music.

In 2015, O’Dowd was presented with the Ivor Novello lifetime achievement award for his contribution to the music industry not only for his work with Culture Club but for his songwriting and for several solo albums.

In a 2010 article in The New York Times titled “Rock: British Culture Club,” music critic Stephen Holden wrote, “Culture Club blends soul, rock, funk, reggae and salsa into a music that programmatically reconciles white, black and Latin styles. Mr. O’Dowd made the group’s best songs – the Motown-flavored ‘Do You Really Want to Hurt Me’ and the Latin-inflected dance tune ‘I’ll Tumble 4 Ya’ – shine like jewels.”

After Runoff, Three LGBT Texans Will Run for Congress

Three LGBT Congressional candidates from Texas scored victories in the Democratic Party runoff on May 22 and will now advance...