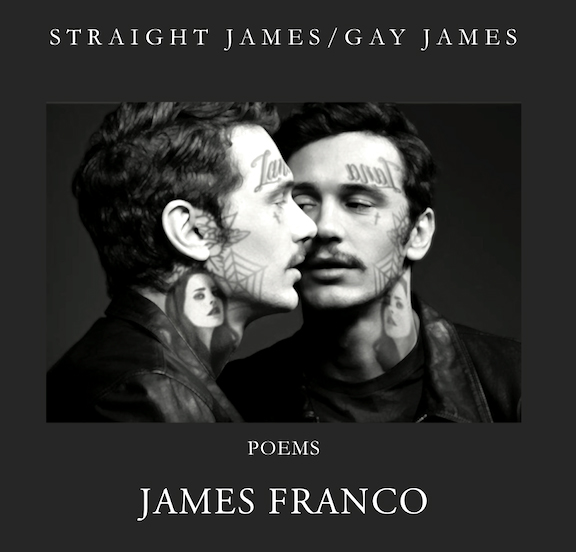 Journalist, activist, teacher, poet, critic, filmmaker and playwright Gregg Barrios, who hails from Victoria, Texas, but now calls San Antonio home, is a Texas treasure. Actually, Barrios is more than that: he’s a treasure of American arts and letters, a captivating performer, a consummate educator and artistic provocateur, and a powerful role model for others struggling, as he always has, against discrimination based on sexual orientation and race.

Barrios, who recently spoke at length to Out in SA, said that his lifelong trafficking in the printed word began when, at age 16, he was approached by librarians in his hometown. He remembers: “[They] cornered me and told me that our local newspaper [The Victoria Advocate] was working on a little pull-out arts section and they were looking for writers.” Despite his tender years, the librarians gave Barrios’ name to the paper’s editor and he began contributing book reviews. “This was special, not just because I was so young,” Barrios explained, “but because usually, when you saw a Hispanic name in the paper there, it was because they got married, died or got arrested, not because it was in the bylines.”

At 18, Barrios joined the Air Force, but kept writing. As a journalist, his work has appeared in many of the nation’s top publications, including (but not limited to) the Los Angeles Times, The New York Times, Texas Observer, Texas Monthly, Film Quarterly, San Francisco Chronicle, and Andy Warhol’s Interview. He currently serves on the board of directors of the National Book Critics Circle. As a poet, he has four books of poetry to his credit, with a collection due out this fall. As a playwright, he’s seen great success, particularly with Rancho Pancho, a play that poignantly and humorously deals with the real-life secret love affair between Tennessee Williams and Pancho Rodriguez, who inspired the character of Stanley Kowalski in A Streetcar Named Desire.

Barrios credits his uniquely postmodern style of writing plays — often melding fact with fiction, literature with criticism, traditional drama with something wholly new — at least in part to his days spent with Andy Warhol at his “Factory” (1966-1967) and his time spent teaching high school drama in Crystal City (1972-1977).

Remembering those days, Barrios shared this touching and, like so much of his life’s work, surprising story:

“We did a play with high school students based on David Bowie’s music, called A Stranger in A Strange Land, using some of his songs. And we, of course, sent him this little libretto with his lyrics and the action of our play and he actually responded. He sent us some autographed pictures and the students were just tickled. They even developed this theory that Bowie’s song ‘Crystal Japan,’ which was released shortly after, must be about us: because we were in the Crystal City, which had also been the site of a Japanese internment camp during World War II.” His latest play I-DJ, which premiered at Overtime’s Gregg Barrios Theater in 2012 to local acclaim, was performed at FRIGID Fringe Festival 2014 in NYC. The play, which was released in book form in November 2015, really tells two tales. First of all, it is the story of a gay, Latino DJ named Amado Guerrero Paz (aka Warren Peace) struggling with identity issues and diving headfirst into the club scene and the music that fuels it. Secondly, the play functions as a causal historical document that celebrates two important institutions: The Odyssey nightclub in Los Angeles and legendary imprint A&M Records, home to Janet Jackson, The Carpenters, Styx, Supertramp, Herb Alpert & the Tijuana Brass, and so many more. It’s a mind-blowing, postmodern melding of ’70s Chicano politics and AIDS-era club culture, inspired in vibrant flashes by Hamlet, A Chorus Line, and what Barrios calls “the dance culture of the plague years.” The work is like a glitter bomb, singing tauntingly at the canon.

“Music can inspire so deeply. It certainly does that for me. In terms of I-DJ, music is a friend and a motivator to the main character Amado. The songs both inspire and are a commentary on the exposition,” Barrios said of music’s role in his process.

Continuing, he added, “Sometimes people will say something that reminds me of a song lyric or a quote in a movie and my mind will go right into it. So, that definitely contributes to how I write. I’ve always wondered; why can’t people spontaneously burst into song in real life, like in the movies?”

When I asked him what he likes about writing for the stage, as opposed to the page, Barrios explained: “I get to play all the characters when I write it. [Laughs] I spent a long time as a reporter, so it is very nice how the tables have turned and now people are writing about me. I have always had so many stories that I wanted to tell and theater offers me an audience for that. A live performance in front of an audience is much more satisfying for me than someone just reading something in a book.”

Speaking to the larger context of I-DJ, Barrios noted that, “It is especially important that [the main character] is both Latino and gay. Even though all of these progressive movements were happening — many times both Latinos and gays felt excluded from the mainstream and excluded from these movements. In I-DJ, Amado creates his own identity when he changes his name to Warren Peace and that is very liberating. For the audience, I think it is a very redemptive moment, a moment of epiphany.” In recent years, Barrios has formed an unlikely creative and professional relationship with James Franco (yes, that James Franco). In 2012, when Barrios interviewed Franco for the Los Angeles Review of Books, in relation to Franco’s first chapbook of poetry, Barrios found the young superstar actor to be “quite a Renaissance man.“ After forming a bond, the two began a working correspondence over a project concerning Franco’s experimental short film work and a book that is still in the works. Now, Franco’s latest book of poetry, Straight James / Gay James, bears a cover designed by Barrios and a nod in the acknowledgments section (which also hails Lana Del Rey) to “his continued support.”

Barrios explained that Franco’s true talents are probably obscured by the magnitude of his celebrity and that “a lot of people overlook the fact that James is doing some great stuff that no other actor of his stature is doing.”

“[Franco is] teaching and working on poetry and experimental films, encouraging young people, giving back to the community and getting people to read poetry. The guy is really a positive force in the world,” he continued.

Catch Barrios and company as they present a scene from I-DJ, followed by a panel discussion, at the San Antonio Book Festival on Saturday, April 2 (11:15 a.m.) in the Festival Room of Central Library (600 E. Soledad St., saplf.org/festival).

The San Antonio Book Festival was launched several years ago in the spirit of the Austin-based Texas Book Festival, a...