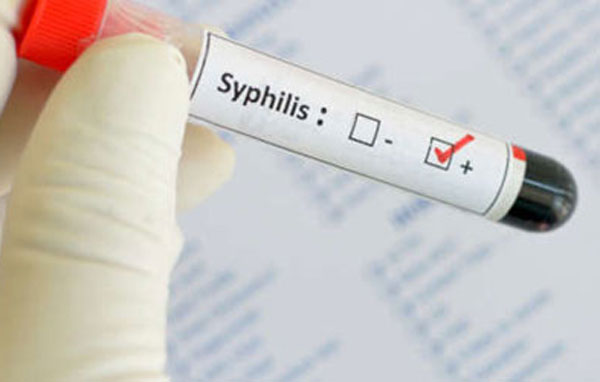 Gay and bisexual men account for almost half of all cases of syphilis in Bexar County.

The rate of sexually transmitted infections remains high among gay and bisexual men in Bexar County according to statistics provided by the Texas Department of State Health Services.

The numbers reflect that with a rate of 46 percent, gay and bisexual men in Bexar County represent almost half of all new cases of syphilis in 2014, the latest year for which statistics are available.

The syphilis statistics for gay and bisexual men in the county reflect a national trend. The numbers for this demographic have more than doubled since the year 2000, according to the U.S. Centers for Disease Control and Prevention.

According to a press release from the San Antonio Metropolitian Health District, nearly 82 percent of syphilis cases in the county occurred in males and were most prevelent among people who are 20 to 29 years of age. The press release goes on to say that while syphilis cases decreased in general, chlamydia and gonorrhea cases are on the rise.

The persistently high numbers of STI’s among gay and bisexual in San Antonio men represent a failure to practice safer sex or use condoms.

According to a study by the CDC titled, HIV Surveillance Report, the number of gay and bisexual men who reported having sex without a condom rose from 29 percent in 2005 to 41 percent in 2014.

This statistic held true for men who were sero-sorting (choosing a sexual partner who has the same sero-status) or using PrEP (when those at high risk for HIV take medication daily to lower their chances of getting infected).

The report adds that more worrying than the decline in the use of condoms was the number of HIV-positive men who were not taking medication to treat their HIV infection.

What does a glam-bear do when she’s not hosting red carpet events, or co-producing the annual San Antonio Burlesque Festival?...