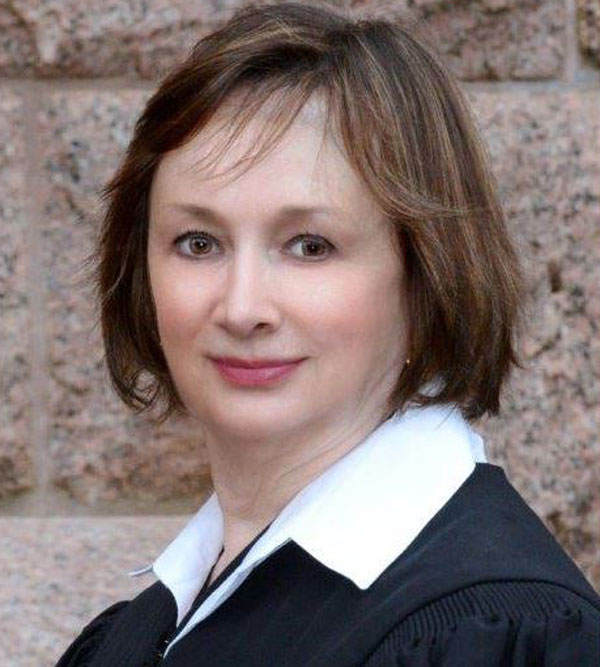 Judge Eugenia "Genie" Wright of Bexar County Court 7 will be presented with the HRC Equality Award on November 21. (Courtesy photo)

The San Antonio chapter of the Human Rights Campaign announced that Judge Eugenia “Genie” Wright of Bexar County Court 7 will be presented with the Equality Award at the group’s Gala and Silent Auction on November 21.

The Equality Award is given annually to “an individual who works toward equality for all citizens of San Antonio.” Past recipients include Rabbi Barry Block, Police Chief William McManus and former City Councilman Diego Bernal.

Wright, a Republican, was elected to the bench in 2010. County Court 7 is a misdemeanor family court that handles domestic violence cases.

A statement issued by HRC explains why Wright was chosen for the award.

Genie Wright presided over the first Bexar County marriage of a same-sex couple when on June 26, 2015, the United States Supreme Court issued a historic, sweeping ruling in favor of the freedom to marry in Obergefell v. Hodges. The unprecedented decision, decades in the making, brought the freedom to marry to same-sex couples across the country, ending marriage discrimination once and for all. Judge Genie Wright was the first to volunteer to preside over the marriage.

Genie has always been a long time supporter of the community by giving visibility to gay youth organizations, attending events, and giving her voice to the cause. In her court, she treats all individuals fairly, regardless of sexual orientation or gender identity. She is a champion against domestic violence, bullying, and anti-LGBT efforts. She supports the adoption of children by same sex couples and advocates on their behalf.

Before becoming  judge of  Bexar County Court 7, Wright practiced in the fields of family and criminal law.

What happens when two 20-something lovers decide to stick it out after one of them is caught straying? Season two...