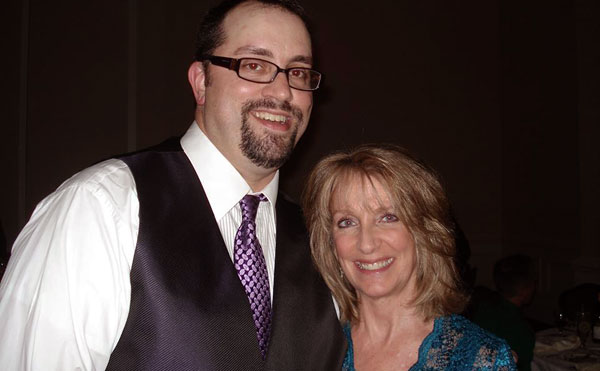 The San Antonio chapter of the Human Rights Campaign announced on October 16 that Janet Burrage Grigsby would be the recipient of the Chuck Jordan Award for lifetime advocacy. The award will be presented at the HRC Gala on November 8.

Following is the announcement made by HRC governor Julian Tovar.

This year, the Chuck Jordan Award will be presented to longtime LGBT advocate and ally, Janet Grigsby.

As part of her advocacy in the LGBT community, Janet has been an active Board Member for PFLAG serving as Board Secretary for three of the five years she has been a member of the organization.

Janet has served on the Leadership Committee of CAUSA – Community Alliance for a United San Antonio, representing PFLAG and family allies. She fought very hard for San Antonio’s Non-Discrimination Ordinance (NDO) last year by providing testimony at almost every ‘Citizens to be Heard’ hearing at City Council chambers. On behalf of CAUSA, she assisted with organizing the Faith Leaders press conference in support of the NDO. In addition, she joined other CAUSA members at the editorial board meeting with the San Antonio Express News in support of fair and equal media coverage of the non-discrimination ordinance.

From 2008 – 2012, Janet Grigsby was the Executive Director of StandUp For Kids, an all-volunteer non-profit organization that helps homeless and at-risk youth in San Antonio. Forty-percent of homeless youth in the United States are LGBT youth, often kicked out of their homes for no other reason than coming out to their parents. StandUp for Kids was honored that Alamo Empire selected the organization three years in a row as a significant beneficiary. StandUp for Kids National has been recognized by the Clinton, Bush & Obama Administrations for efforts to end youth homelessness.

Janet Grigsby is the proud mother of a gay son and an outstanding ally of the LGBT community in San Antonio.

On behalf of the Steering Committee for the San Antonio Chapter of the Human Rights Campaign, I am thrilled to have the honor to be able to recognize the extraordinary work Janet has done throughout her life. Janet truly embodies the essence of what the Chuck Jordan Award stands for and the spirit of what it means to be an ally to our community. Through her efforts, she has stood for us and with us every step of the way.

Shortly after the announcement was made, Grigsby posted the following statement on her Facebook page.

“I am truly touched and honored that HRC would deem my contributions worthy of recognition. I did not have the pleasure of knowing Chuck Jordon, but I will work hard to honor his legacy and the spirit of the award. Thank you HRC for the remarkable work you do every day for LGBT equality and justice, and thank you for this award.”