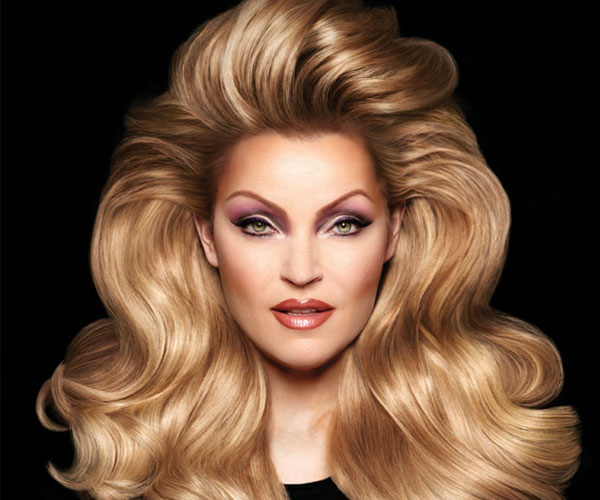 Since notching her first #1 on Billboard’s Dance/Club Play Charts in 1994 with the classic Feel What You Want, Kristine W has established herself as one of the most prolific dance artists of our times. With a total of 16 #1 Dance/Club singles to date, her accomplishments on the dance charts rival those of mega pop stars like Jennifer Lopez, Janet Jackson, and Madonna. Out In SA spoke with the dance diva over the phone about her new single and album, Out There, in anticipation of her performance at this year’s Pride San Antonio Festival on July 2.

Tell us about the inspiration behind your latest single Out There.

It seemed like a lot of my friends, and fans, and family were kind of going through this transitional period in their life where they were questioning their purpose, if they’re on the right path, and it seemed like that phrase kept coming up: “I’m putting myself out there, I’m putting it out there.” That phrase just kept happening over and over, so when I started working on the song, I wrote it with writers I had never worked with before. It was a strange experience because I brought my guitar over, and I had never met them before, and I said ‘this is what I have – these chord changes,’ and when he hit his computer and he showed me what he had programmed, it was the exact same chords. It was just too weird. It was just a whole lot of coincidences. The song kind of wrote itself in a weird way, and we were just the instruments for it. It’s a neat message and I think we all go through these transitional, life changing, and life altering periods where we have to walk away from something and open up the door to something new.

I know you’ve ventured into jazz a bit. How experimental is the upcoming album (also titled Out There)?

Well, this is defiantly a dance album. What’s cool about Out There is that it pretty much takes all the different elements of dance – EDM, progressive, house, soulful house, tribal – it takes all the different genres and it melts them together in a cool new way. So sonically, it’s got a mash-up of all the influences out there, but it’s kind of its own thing. I worked with a lot of European producers on it such as DJ Kespa who works with a lot of different house artists. Just finding people who were familiar with the dance floor, but also really good musicians, that is always a challenge. You kind of have to scour the planet, but they’re ‘out there,’ no pun intended. It takes a lot of time to find them and then you kind of have to build that trust.

You have over two decades of success on the Billboard Dance Charts. What are some of the biggest challenges you face today in getting your music ‘out there’?

I would say the biggest challenge is radio. It’s very difficult to get radio play. I would say that radio is very much…programmed. They don’t really add a lot of new music. The challenge is getting the music out there into the hands of the right people. There are so many radio stations that have changed their call letters. Literally, just keeping track of who left the building and knowing who is new is a challenge. I mean, for a long time I didn’t even realize Clear Channel had become iHeart. That’s just one example of a thousand things. Everything is in transition right now and everyone is trying to survive. We are having to figure out what the new normal is for live music, for club music, and for radio. It’s a frontier because of the internet and technology.

Do you think the music industry is harder today than it was in 1994 when you had your first hit Feel What You Want?

Definitely. It was hard then, but the internet has made it even tougher because of file sharing, and it’s so easy to do. I don’t know what the statistics are but I think when you make one sale it’s probably shared thousands of times. It’s a very difficult thing to monetize – music is very hard to monetize – that’s why everyone is out performing live.  With a ticket, that’s a tangible thing you can count on. You could have a radio hit, but if people don’t actually buy it, what do you have? You’ll get some publishing money from the radio station but it cost a fortune to put this music out. It cost a lot of money to put out music and do it right.

Do you ever find the title of ‘dance diva’ limiting in any way?

No, I am pretty proud of that. I think because I’m comfortable in my own skin, and I come from a jazz background – I originally sang in church at seven years old, gospel songs – and I was kind of a jazz phenomenon when I was a kid, you know, scatting and doing improv. I just naturally have it. I know at the end of the day I have studied – I took Opera lessons. I think you get weirded out by titles when you kind of know that’s all there is to you, but I know there is so much more to me than dance music. But dance music is very important to me, ever since I was a kid and I heard Donna Summer, I just wanted to keep the world dancing. I love to dance, I love dance music, and I love seeing people dance. They look happy and they look free; I think it’s wonderful. It is just good therapy for people. It’s one of those fun things in life we can get out there and share.

It’s almost a cliché, but what are your thoughts when performers say that gay audiences are the most loyal?

I would say that’s a fact. Once they love you, they love you. Unless you do something really horrifying they generally will stay by you, especially if you’re part of the community. As Lady Bunny always tell me: “We chose you, you didn’t choose us.”

Pride San Antonio this week released the names of the Grand Marshals and Spirit Marshal for the annual Pride Parade...