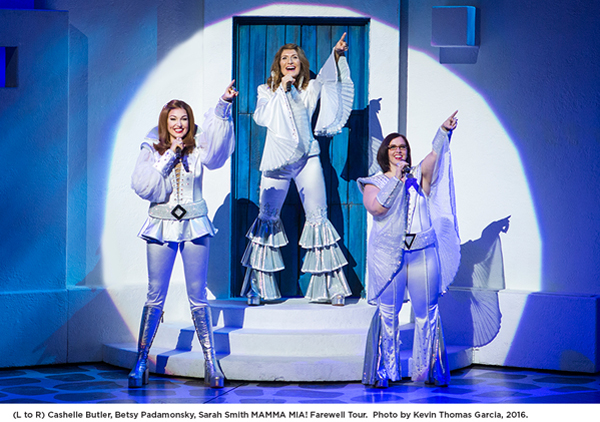 In the 1970’s, the Swedish pop/dance group ABBA were riding high on the international pop charts.

In 1999, British playwright Kathrine Johnson, along with former members Benny Andersson and Björn Ulvaeus transformed the group’s songs into one of the most successful Broadway musicals of all time.

Based on songs like Dancing Queen, and taking its title from the 1975 hit Mamma Mia, the musical is a celebration of mothers, daughters and friends alike.

The original Broadway production closed on September 12, 2014 after a fourteen year run making it the 8th longest running show in Broadway history.

The jukebox musical arrives at the Tobin Center for the Performing Arts for two performances on Sunday.

San Antonio police have arrested a woman and charged her with aggravated assault with deadly weapon after she shot two...