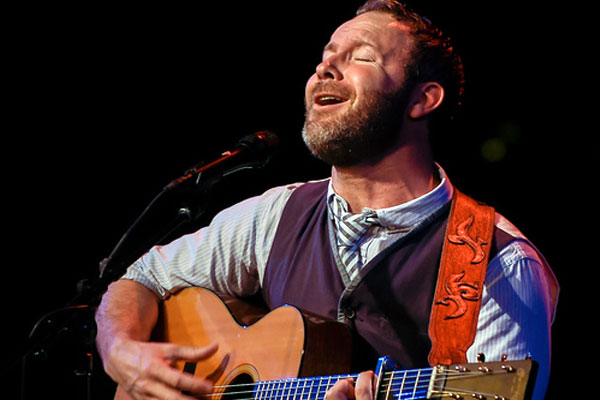 On December 7, the Austin-based choral ensemble, Conspirare, will present a concert of holiday favorites at the Tobin Center for the Performing Arts. Now in their 24th season, Conspirare’s programming blurs the line between pop, classical, and folk. Under the direction of Craig Hella Johnson, this year’s concert will feature West Coast singer/songwriter Matt Alber and percussionist Thomas Burritt.

We caught up with Matt over the phone as he prepared for a string of Texas shows this week.

You first started working with musical director Craig Hella Johnson when you were 23. How did those early experiences shape what you do now as a soloist?

Working with Craig as a young singer, he basically changed the course of my life when he hired me to go sing in California. I sort of treat that first job like… it kind of felt like graduate school. It was a crash course in the most difficult choral music around, but it also felt like a fraternity because we spent so much time together. Craig – he’s a very unique conductor. He’s a singer himself so the way he works with singers is very unique. He has an ability to inspire you to go way beyond what you thought you could do. I’ve carried that forward with me. What keeps you coming back to the choral ensemble?

There is no other choir in the world like this one. It’s a choir made up of soloists. Everyone has a different sort of specialty but we all come together because we also love singing in choirs.  It’s rare to find that – most people are either soloist or choral members.

What can we expect from this concert?

This may be kind of cheesy but what are you most thankful for this holiday season?

Oh, that’s not cheesy at all! I am most thankful for my family here at Conspirare. I look forward to making music with them but also just being around them is so healing. They are some of the most beautiful people I’ve met on the planet. I can’t believe we get to sing together this week.

When the Live Oak Singers take the stage for their holiday concert on December 10 and 11 it will represent...