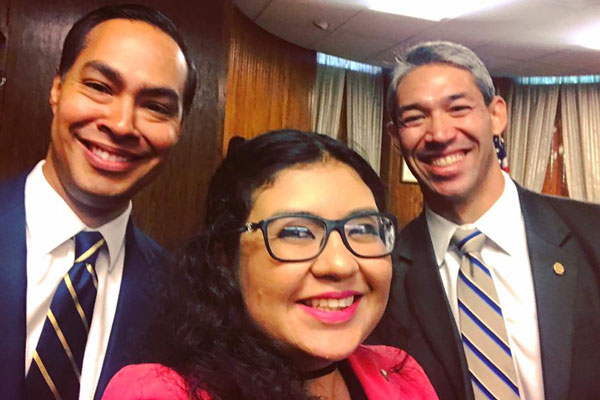 San Antonio Mayor Ron Nirenberg announced on September 6 that he is appointing a liaison to the LGBT community.

Juany Torres, who currently serves as senior policy advisor and director of community engagement in the Office of the Mayor, will serve as the point of contact between Nirenberg and the LGBT community.

“Our entire city thrives when every resident has access to the resources they need to be successful,” Mayor Nirenberg said in the announcement. “Our commitment to governing with fairness and compassion includes service to the LGBTQ community.”

Torres served as Nirenberg’s deputy campaign manager during his 2017 bid for the mayoral seat. She is the founder of Organize SA and during the recent presidential campaign, served as the digital deputy director for the Hillary for America Nevada State Democratic Party Coordinated Campaign. A press release from the mayor’s office says Torres “has worked on community engagement across the country, with a focus on serving those who have been historically underserved. As the director of community engagement, Torres is responsible for creating partnerships and increasing access for communities across San Antonio, leading to more comprehensive, inclusive policies by our City government.”

According to the announcement of her appointment, Torres will work closely with the Office of Equity, formerly known as the Diversity and Inclusion Office, which facilitates the resolution of complaints under the city’s nondiscrimination ordinance which was enacted in 2013.

“I am committed to serving everyone who calls San Antonio home,” Torres said in a press release. “I look forward to embracing relationships with LGBTQ community members and the organizations that serve San Antonio’s LGBTQ population.”

Only one previous San Antonio mayor, Julian Castro, has had a a liaison to the LGBT community.

Luis Fonsi will Bring ‘Love and Dance’ Tour to Majestic

While the Trump administration was busy enacting its anti-immigrant policies, the biggest song of the summer was Luis Fonsi's Despacito....