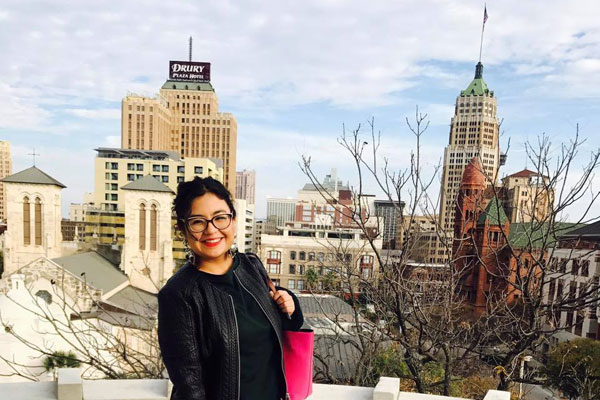 With less than six months on the job, Juany Torres, who has worked for Mayor Ron Nirenberg as senior policy advisor, director of community engagement and as LGBT liaison, is leaving City Hall.

Out In SA obtained a copy of an email Torres sent to colleagues and community members. In it she gives no reason for her departure, saying only, “With a new year comes new changes and I’m excited to be embarking on one of my own! As you might know, I will be leaving the Mayor’s office at the end of the year. It’s been a fun and enlightening time and I’m most grateful to have had the opportunity to work with YOU!”

Torres served as Nirenberg’s deputy campaign manager during his 2017 bid for the mayoral seat. She is the founder of Organize SA and during the last presidential race, served as the digital deputy director for the Hillary for America Nevada State Democratic Party Coordinated Campaign. “Our entire city thrives when every resident has access to the resources they need to be successful,” Nirenberg said when he announced Torres’ appointment as LGBT liaison in September. “Our commitment to governing with fairness and compassion includes service to the LGBTQ community.”

As LGBT liaison, Torres was to have worked closely the Office of Equity, formerly known as the Diversity and Inclusion Office, which facilitates the resolution of complaints under the city’s nondiscrimination ordinance which was enacted in 2013.

She was also supposed to interface with the mayor’s LGBT Advisory Committee.

In an October interview with Out In SA, Nirenberg said, “We will definitely have and utilize this committee to ensure that we’re staying in front of issues that will arrive. We haven’t reconvened them, but I have many persons in mind to serve in the LGBTQ committee. Juany’s appointment is different: I wanted a member of my staff to be the link between this committee and the actual office staff.”

Torres’ departure leaves in doubt as to when the LGBT Advisory Committee will reconvene.

Torres gives no indication of her plans for the future. In the email she says, “Though I’ll be traveling a bit, I will never be too far away and will continue to cheer on and hold our city accountable from outside the walls of City Hall (new Jack Finger here?).

“My commitment to lifting up our communities and serving our neighbors is what has led me to pursue a life in public service and what continues to guide my choices,” Torres writes. “It is what led me to join #TeamRon as Mayor Nirenberg’s Deputy Campaign Manager and commit to help transition our team into the Mayor’s office as Director of Community Engagement and Sr. Policy Advisor. And now with 2018 (!) around the corner, it’s the perfect time to further advance my community’s needs in a new role.”

Plano attorney Mark Phariss, who in 2013 was a plaintiff in the successful Texas marriage equality lawsuit, announced his candidacy...