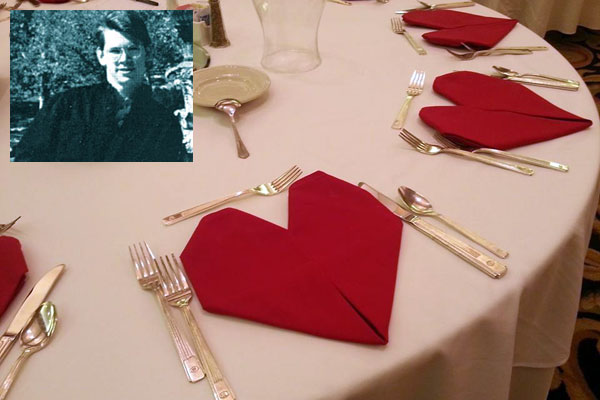 When the Metropolitan Community Church of San Antonio holds the annual Love’s Day Dinner and Dance this year, it will be following a tradition started years ago by now-deceased activist Jim Isaman.

Isaman, who died in 2009, was the originator of the Love’s Day tradition, which in years past included a Valentine’s Day commitment ceremony for same sex couples on the steps of the County Courthouse. After his death, MCC took over the dinner and dance and since 2009 has hosted the event as its major fundraiser of the year.

MCC Pastor Mick Hinson says that before his death Isaman expressed that he wanted the banquet to continue as a fundraiser for the church.

Rev. Hinson adds that church leaders were eager to continue the tradition. “MCC had lacked a signature fundraising event and the Love’s Day Banquet is the perfect vehicle.”

Isaman, who died from complications from AIDS died on May 21, 2009, was a fervent LGBT activist who was involved in over a dozen community groups including the board of the building committee for the Esperanza Peace and Justice Center. In 1999 he was awarded the Black Tie Dinner Community Service Award by the Human Rights Campaign.

In 2000, Isaman organized the 11th Annual Student Soiree and launched a fundraising campaign called the San Antonio Youth Delegation to send students to the Millennium March on Washington that year.

Rev. Hinson says the event, scheduled for February 7, 2015 is a tribute to Isaman. “We just want to recall Jim’s memory and fulfill his wish that this event continue after his passing.”

Local activist reminds Express-News that Chief McManus was an ally

On December 27, 2014, the San Antonio Express-News ran an in-depth article by Michelle Casady chronicling the tenure of former...