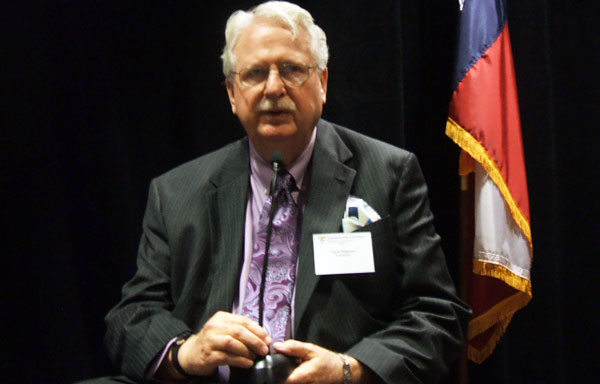 On December 27, 2014, the San Antonio Express-News ran an in-depth article by Michelle Casady chronicling the tenure of former Police Chief William McManus, who retired at the end of the year to take a job with CPS Energy.

The comprehensive write-up included many of the chief’s accomplishments. However, it neglected to mention anything about his outreach to the LGBT community.

Retired psychotherapist and LGBT political activist Travis Peterson penned a letter to the editor on January 28 pointing out the omission:

Re: “’Hands-on’ chief is ready to let go of reins at SAPD; McManus has focused on civic relations,” front page, Dec. 28:

Thank you for your recent review of Chief William McManus as head of the San Antonio Police Department, as he leaves city employment for the private sector.

I, for one, will miss him. Your articled mentioned his work with minority groups, but it did not mention his efforts with the GLBT minority. In his first year, he reached out to the Stonewall Democrats, and soon the two organizations were developing a training program at the Police Academy designed to help department interaction with this population.

This was the project where I had the privilege of assisting in his goals. This activity came on the heels of a 2005 publication by Amnesty International documenting significant abuse of GLBT citizens by police officers.

Chief McManus additionally demonstrated his commitment to this minority group by serving as grand marshal for a Gay Pride Parade, by visiting GLBT organizations — especially when community issues arose — and by appointing members of the GLBT community to department committees.

On September 9, 2011 Travis Peterson, the chair of the Peace Officers Training Committee, tendered his resignation citing declining health. For the past eight years, the committee has offered LGBT awareness training to cadets at the San Antonio Police Academy.

The program was initially developed by Peterson after he approached Chief McManus with the idea at a meeting of the Stonewall Democrats of San Antonio in 2006.

Thanks to Peterson and the committee’s efforts, every class of cadets now gets this important training. The program continues today with Rev. Naomi Brown heading up the effort.