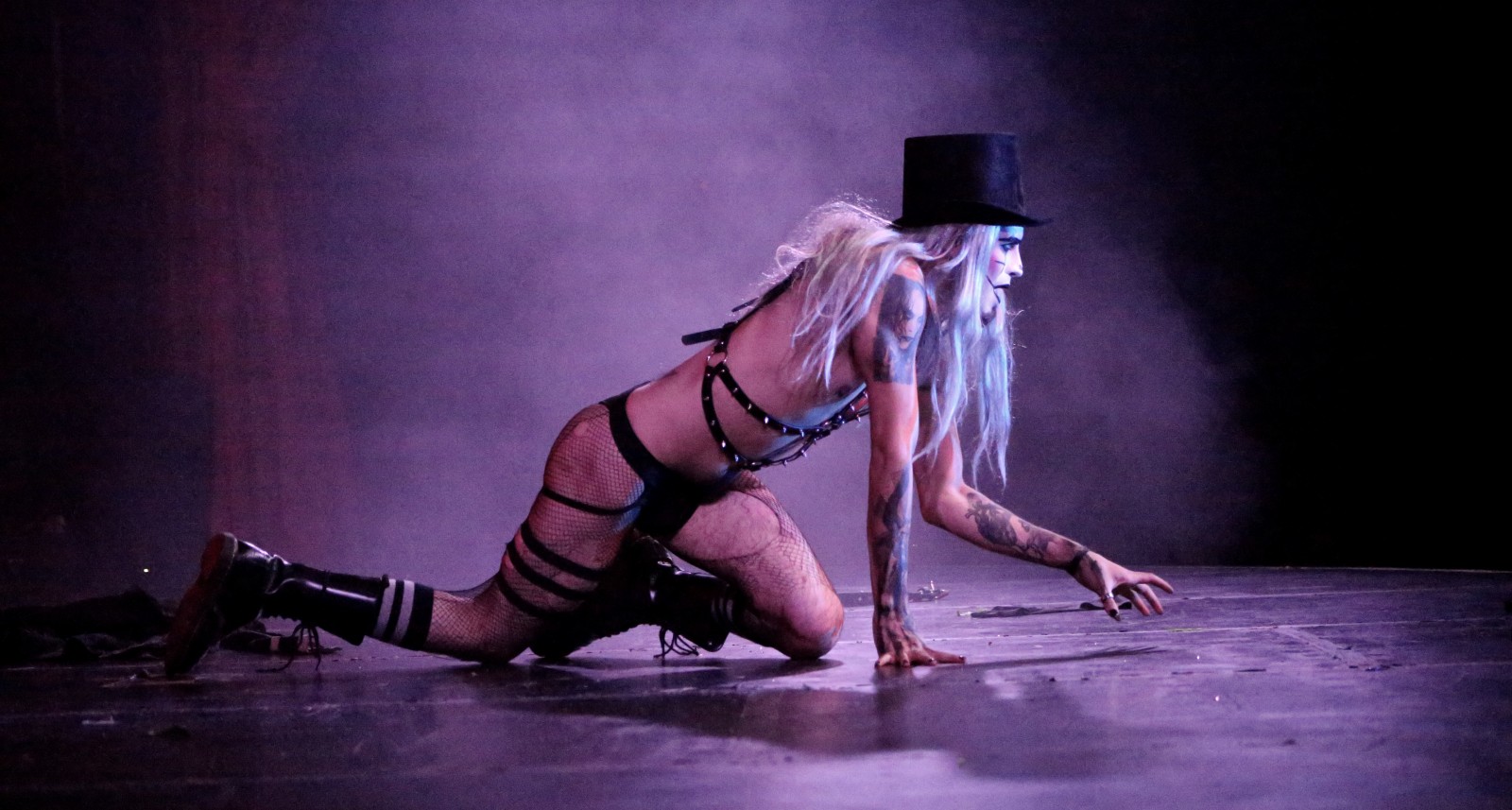 Born and raised in San Antonio, Michael “Salem” Gonzalez grew up dancing flamenco and folkórico, building a strong foundation through “hardcore instruction” at the Guadalupe Dance Academy. After graduating from high school, he felt the urge to push himself beyond that comfort zone and, at the suggestion of a friend, auditioned for a burlesque troupe. Now 25 years old with just over two years of burlesque under his belt, Salem has performed in 10 states, headlined two productions and won two awards at last year’s Texas Burlesque Festival.

Even within a contemporary burlesque landscape that encompasses such sub-genres as “boylesque” and “draglesque,” Salem is something of an anomaly. “I tend to already be the different one,” he says. “I know that I have a unique aesthetic … I’m not a man portraying a woman … but, at the same time, I want to grab pieces of what a woman would do in a typical striptease and kind of make it my own … I’m just a mind-fuck/what-the-hell-am-I-watching type.”

He describes his sexuality as “open,” saying, “It sounds cliché, but I love people for who they are.”

As for his aesthetic, Salem says he’s toned down some of the darkness of past performances. “[Now] I like to incorporate circus music, but I’ll do weird, creepy moves or integrate creepy makeup so … you’ll still be weirded out, but you don’t have to think too deeply about what you’re watching.” Moreover, he says he gets a lot of praise from straight men and has even been dubbed “The Awkward Boner Giver.” And then there’s the glass-walking, fire-breathing, darts and mousetraps. “I was always intrigued by sideshow acts,” he says. “It really appealed to me. So [Lita Deadly] showed me the ropes. I call her my burlesque mom.” A typical sideshow act, he says, involves the performer on the mic, explaining the act and the dangers of it. “I wasn’t so good on the mic, so [now] I just do a striptease and throw in a sideshow act element.”

Hairdresser by day at Medusa the Salon, he finds parallels in his day job and performance life. “I like to change lives, that’s truly my main mission in both jobs that I have: to make people feel something, whether it’s anger, sadness, laughter, whether they remember it later or not,” he says. “I strive to make an impression in that moment.”

An unsurprisingly firm believer in freedom of expression, Salem urges people to stay true to themselves: “Do what you love, love who you want to love, be in touch with what you’re into, and don’t be afraid to just own all of it … Regardless of what people think, it’s your life … Don’t be afraid to be a freak.”

A Look Back at the Esperanza Center’s 30-Year History

As a Chicana lesbiana dyke, my full sense of self was shaped by institutions that embraced all of me as...