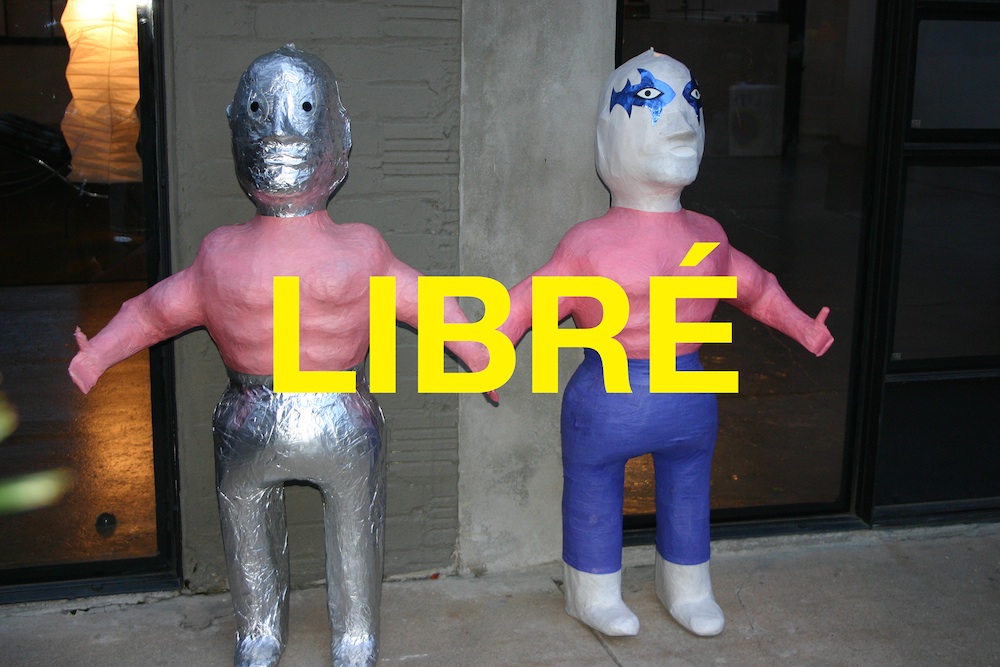 The work of the late Chuck Ramirez is on view as part of "More Than Words" at Ruiz-Healy Art. Courtesy image.

April 11 at 1pm, Ruiz-Healy Art will host “History of Text in Visual Art” by guest lecturer Ruben Cordova in conjunction with its current exhibition More Than Words: Text Based Artworks.

“We are very excited to have Ruben Cordova,” said founder and director Patricia Ruiz-Healy. “He studied semiotics at Brown University, and I just thought he would be perfect to bring a little bit of art-history background to the conversation about the show. Part of the gallery’s program is to have this emphasis on education. And [the gallery’s artist’s talks] are very well attended by students and art lovers.”

Text-based art is not new. As a practice, it has roots in various art movements of the 20th century and continues to evolve. The exhibition More than Words showcases the work of nine different artists, each with a unique perspective, who have incorporated text into their work thought out their careers. The works of Chuck Ramirez and Alejandro Diaz, two of San Antonio’s most recognized gay artists, are included.

“One of the reasons I became interested in doing this show is that, if you go back to art history in the late ’50s and ’60s, a lot of the American artists like Carl André–they took their references from Concrete Poetry,” Ruiz-Healy said.

For the artists included in More Than Words, poetry, literature, graphic design, and popular culture all inspire their art, leading to varied and unexpected results.

In the case of Chuck Ramirez’s (1962-2010) work, objects and figures are isolated and their meaning re-contextualized. For this exhibition, Ruiz-Healy has selected four photo-based works from Ramirez’s rarely exhibited 2004 series Words. Ramirez, who was HIV-positive, often addressed topics concerning his sexuality and own mortality within his work.

In Libre, Ramirez presents two masked figurines resembling lucha libre wrestlers. Standing side by side, they appear as if holding hands. Across the image is the word Libre in bold yellow text. Here, Libre (English translation: free) is reimagined within a new narrative that breaks from tradition.

In Queen, from the same series, the artist reminds us of the fluidity of language. Depicting the face of a man wearing a blonde wig and make up, Ramirez leaves no question as to what type of queen he is referencing.

Ruiz-Healy Art, the sole representative for Ramirez’s estate, continues its collaborations with galleries around the world to present the artist’s work. An upcoming exhibition of Ramirez’s photography in New Orleans is expected for fall of 2015. “He was a good friend,” Ruiz-Healy said.