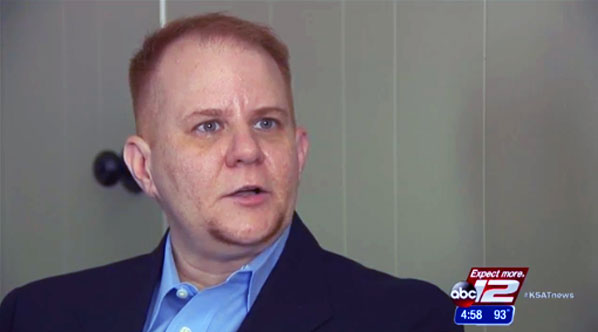 The lawyer for a transgender man who filed a nondiscrimination claim against AT&T told Out In SA the case has been settled “to the satisfaction of all parties.”

Attorney Justin Nichols said he could not reveal the terms of the settlement between Matthew Hileman and AT&T only to say that his client was satisfied with the results.

Hileman filed his claim in January of 2014, five months after the City Council approved changes to the city’s nondiscrimination ordinance to include protections for LGBT citizens and veterans.

In his claim, Hileman said he was unjustly fired from AT&T after reporting incidents that constituted a hostile workplace.

Hileman was working for Resource Global Professions in May of 2013 providing information consulting services to AT&T. His work was performed at the AT&T facility on North St. Mary’s Street.

While working at AT&T, Hileman says he overheard fellow employees say they would use violence if they found a trans person in the restroom, he was outed to his co-workers and he came to work one day to find a sign on his chair that had a “no fags” symbol on it.

When he reported these incidents to his supervisors, he was told to not come to work until his claims could be verified. He was never asked to return.

From the first day Hileman filed his claim under the city’s nondiscrimination ordinance, Nichols says he has been hampered by the city’s lack of procedural guidelines for claimants under the new law.

Nichols told Out In SA that the settlement with AT&T owed nothing to the nondiscrimination ordinance which he said offered no remedy to claimants that they didn’t already have before it was was approved by the City Council.

“The NDO is broken and does not offer any protection for contract employees,” Nichols said. He added that Mayor Ivy Taylor’s office showed no interest in helping Hileman work through his claim.

“I don’t mean to diminish the efforts of those who passed the NDO,” says Nichols. “It was a valiant and important effort. What I want to convey is the NDO needs fixing, and under the current mayoral administration, there is no effort to improve and implement the NDO, rendering it wholly ineffective.”

The San Antonio AIDS Foundation's 22nd annual Webb Party on April 17 will be the last to be held during...