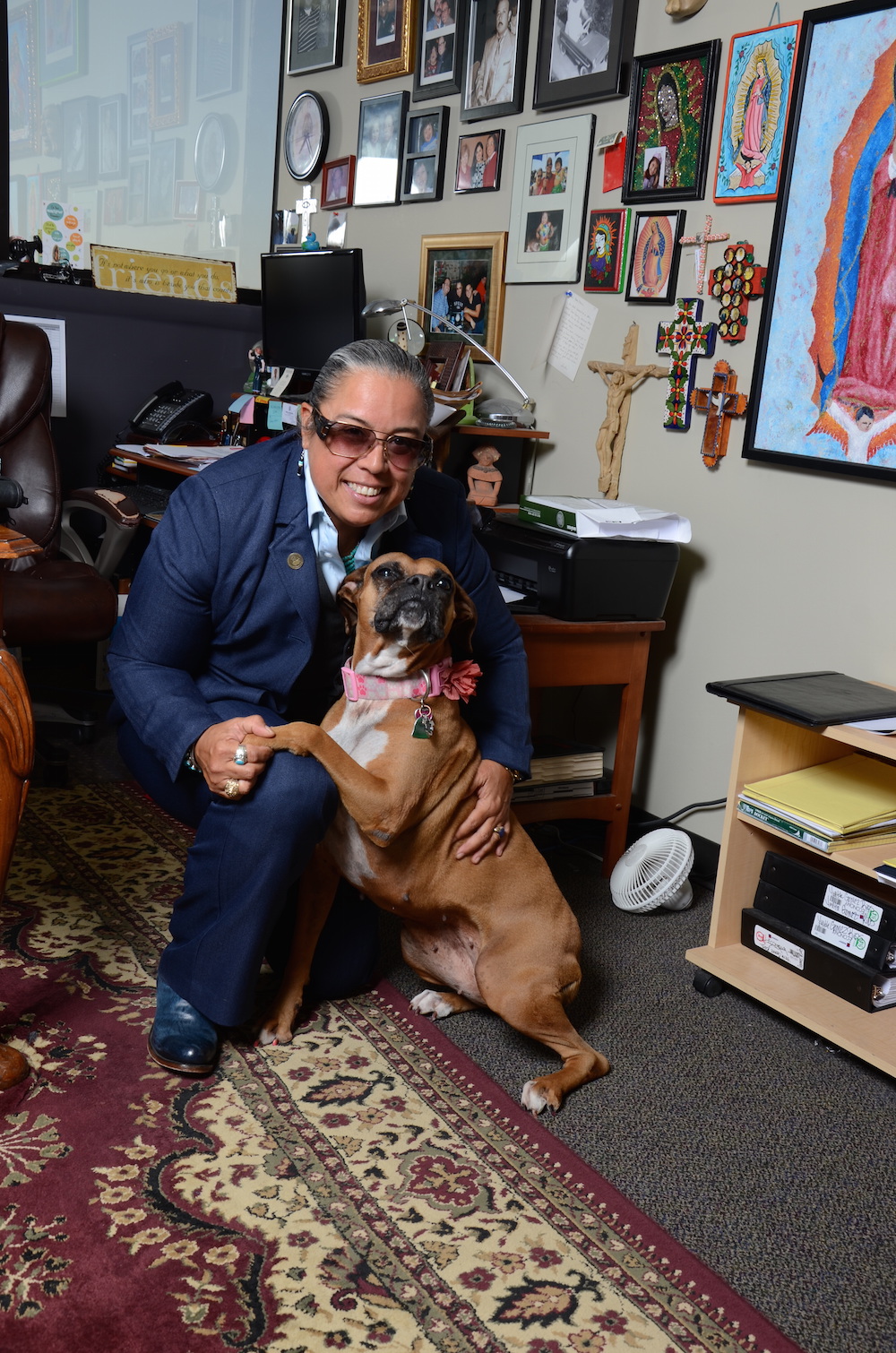 Rosie Gonzalez in her office with a visitor. Photo by Bryan Rindfuss.

Gonzalez was hired as Von Ormy City Attorney in March (she has since completed her contract) and was recently appointed to the State Bar of Texas Commission on Child Abuse and Neglect.

Gonzalez is Bexar County’s only attorney certified in child-welfare law, and one of approximately 50 in the state. She is a solo practitioner of family law and represents children in foster care, helping parents reunite with their children or finding kids new homes when necessary. Gonzalez was one of the first out women to run for office in San Antonio, launching unsuccessful campaigns for county judge in 2010 and in 2014. “I think there’s been lot of progress made since 2010. And as for representation of LGBT people as candidates, I think there’s still a dire need to elect them, but we have elected some. They’re on the bench, but they’re not out,” she says.

Prior to starting her law practice, Gonzalez had an 11-year career in adolescent social work, education, and juvenile probation. She also still works on child-abuse cases on the court docket, in addition to the cases she sees through her practice. “It doesn’t pay well. It isn’t potatoes, but I’d rather do it than have someone who doesn’t care to do it.”

Although the San Antonio AIDS opened their new testing center last July, the official grand opening will be observed on...