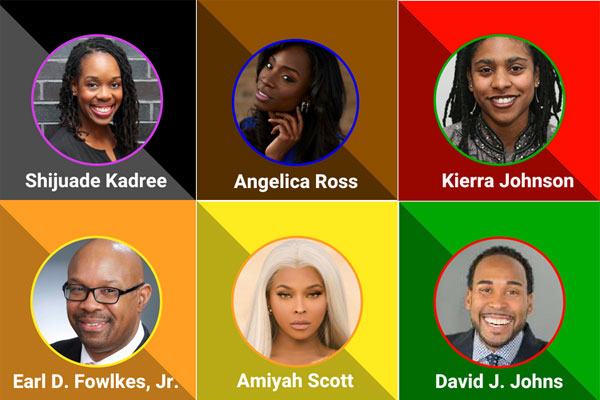 The National Association for the Advancement of Colored People will host a town hall titled, “The State of LGBTQ People of Color in America” on Tuesday, July 17 during their 109th annual convention which is being held in San Antonio from July 14 to 18 at the Henry B. Gonzalez Convention  Center.

The town hall will be moderated by Shijuade  Kadree, the senior director of public policy and advocacy at the New York City Lesbian, Gay, Bisexual and Transgender Community Center.

According to an announcement for the event, the town hall “will explore effective strategies for LGBTQ activism, representation in media, and  the voting power of the LGBTQ community.” The panelists include:

After the town hall, participants are invited to an LGBTQ networking reception, where they will hear from NAACP senior leadership about the current work centered around the LGBTQ community. Among those expected to attend the reception are Leon W. Russell, chairman of the board; Derrick Johnson, president and CEO; and Alice Huffman, chair of the NAACP’s National LGBTQ Task Force.

NAACP presents: The State of LGBTQ People of Color in America, an open forum town hall, July 17 from 2:30 to 4:30 p.m. at the Henry B. Gonzalez Convention Center, 900 E Market St. Inaugural Networking Reception to follow from 5:30 to 7:30 p.m. at Hilton Palacio Del Rio, La Vista Ballroom. Convention “Day Pass” required for reception. Day Passes are $50 for adults and $25 for youth. Day Passes can be purchased at the Convention Center. For more information, check out the convention web site.

Abbott Agrees to Debate with Valdez, Who Says, “Call Me, Maybe?”

By Patrick Svitek, The Texas Tribune Gov. Greg Abbott has accepted an invitation from a TV station group to debate...