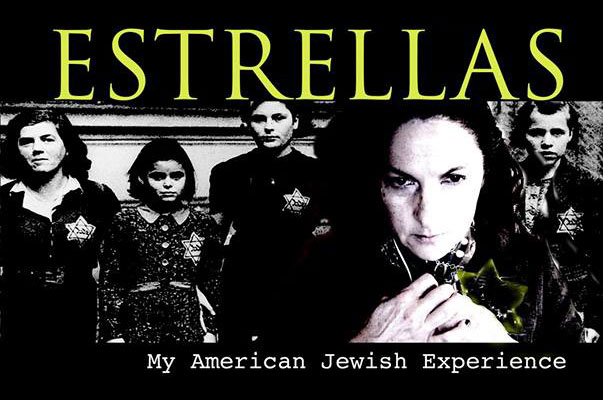 Nascent|Nation, an exhibition of visual and performance art, was presented with spectacular results on April 8 at Brick at Blue Star.

The project was curated by dancer Tamara Adira and violinist Darian Thomas who are members of the local flamenco troupe Arte y Pasión. Thematically, the installations consisted of works which explore the realities of living as a minority in the United States.

While not an art exhibition in the traditional sense, Nascent|Nation demonstrated what it’s like when a group of artists and musicians take a spectacle usually meant for the stage and bring it within the confines of an art gallery.

Much like their work in Arte y Pasión, Thomas and Adira’s Nascent|Nation is experimental in nature and visually stunning.

In Transcendence: Beyond the Vagina, opera singer Janese Odom put vocals aside to reveal her mostly nude body. While holding a brush and a jug filled with paint, she invited viewers to inscribe their thoughts about motherhood and the female figure on her own body. Flanked by large red scrolls that stretched to the upper tier of the gallery walls, Odom remained completely still the entirety of the performance resembling a Greek Venus. Darian Thomas’ installation “Move On, Get Over It.”

In Move On, Get Over It, Thomas displayed the American flag with moving images of Donald Trump and scenes from news reels projected over it. Next to the flag, Thomas sat with a noose around his neck and various literature scattered around him. The confrontational nature of this performance, a contemplation of the African American experience in America, was unsettling and perhaps the most disturbing of all the performances. In his artist statement, Thomas said: “There are only two things stopping me from being completely consumed and erased by this noose: art and knowledge.”

The exhibition’s sole visual art installation is Jornada (The Mexican Journey) by artist Fanny Mayahuel- Thomas. Here, Mayahuel-Thomas presented an altar of cherished objects and a series of paintings referencing the artists experience as an immigrant to this country.

In Estrellas, the show’s centerpiece and most elaborate performance, Adira, along with flamenco vocalist Chayito Champion, sat across from each other at the center of the room. The two women performed a Hebrew prayer before Adira broke into a flamenco performance that expressed her identity as a Jewish American.

With racial tensions on the rise, thanks in part to an administration that seems to revel in anti-Muslim, anti-immigrant sentiment, Nascent|Nation is a reminder of the healing power of art and a testament to the endless possibilities when art and music collide.

Nascent|Nation will have a repeat showing on June 10 at Brick at Blue Star Arts Complex.

Originally published in the San Antonio Current. In the wee hours of last Friday morning, Texas House representatives decided it...