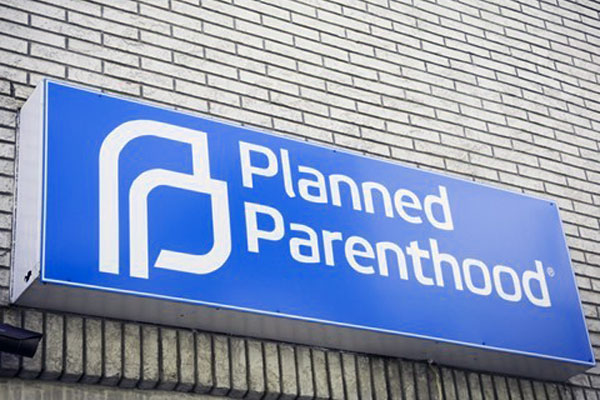 In the wee hours of last Friday morning, Texas House representatives decided it was finally time to vote on a state budget. But even after 15 hours of negotiations (and drama) on the House floor, there was still a long list of bill amendments they had yet to get to.

In particular, one amendment would have removed state funding from abortion providers like Planned Parenthood, while another would have banned transgender Texans from using restrooms of their choice — two issues state conservatives happen to care immensely about. So to speed things along, House Republicans made a deal: Drop the anti-trans amendment in exchange for a vote against Planned Parenthood.

State Rep. Valoree Swanson, a Republican from Spring, originally submitted the anti-trans budget amendment as a safeguard. Senate Bill 6, the so-called “bathroom bill” in the upper chamber that reportedly served as the model for Swanson’s amendment, has already passed the Senate, but far-right lawmakers aren’t as confident it’ll get easy passage through the House. If Swanson’s amendment had been added to the budget, that House vote wouldn’t matter as much anymore. But she was clearly convinced it was worth the trade.

Around 1:30 a.m. Friday morning, Swanson sacrificed her amendment to help wrap up the long-winded debate in what critics have called a “backroom deal” with Rep. Drew Springer, the author of the amendment to defund Planned Parenthood. Shortly after, the House voted in favor of Springer’s amendment and officially approved the budget package.

Unsurprisingly, this late-night deal upset a number of advocacy groups, including Texas’ ACLU chapter. “The women of Texas aren’t bargaining chips, and this isn’t a game,” said Rebecca Robertson, ACLU Texas’ legal director. “Lawmakers need to know that we don’t need them in the exam room or the ladies room. Stop making cynical deals with women’s well-being.”

While the House’s budget still needs Senate approval to see the light of day, Dan Quinn, spokesman for the Texas Freedom Network, said he doubts the Senate will get rid of Springer’s amendment.

“The support for defunding Planned Parenthood is pretty strong in both chambers,” he said. “I doubt they’ll cut it.”

As for the anti-trans bathroom bill? It could still get a House vote, regardless of this particular budget amendment’s failure. Trans rights advocates definitely didn’t see this as a win.

This wasn’t the only amendment passed with the budget that would negatively impact women’s health. Earlier in the evening, the House voted to move $20 million in funding earmarked for air quality programs over to a state “Alternatives to Abortion” program, that funds non-medical and coercive anti-abortion centers across the state.

Is Manuel Medina’s Support of LGBT Issues Just a Smokescreen?

Since he became the Bexar County Democratic Party chairman in 2012, Manuel Media has emphasized his support of LGBT issues....