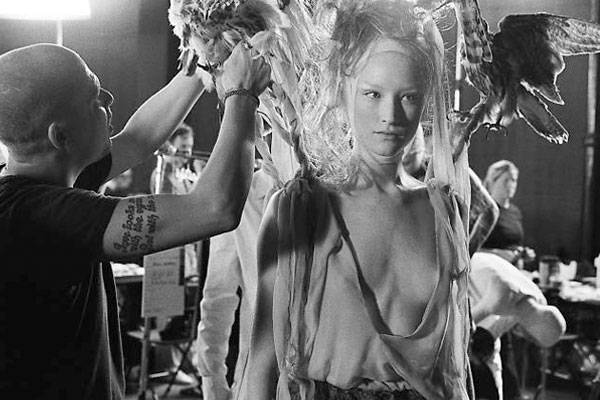 During a scene in the 2009 dramedy The Devil Wears Prada, an inexperienced fashion magazine assistant played by Anne Hathaway complains to her boyfriend about the pretentious nature of the fashion world. The magazine’s callous editor had berated her for an innocent, albeit clueless, remark she made about accessories.

“They all act like they’re curing cancer or something,” she says of the fashionistas. “The amount of time and energy that these people spend on these insignificant, minute details, and for what?”

If moviegoers can identify with Hathaway’s initial attitude about the garment industry — that putting something as frivolous as fashion on a pedestal is a pointless fascination — it’s probably safe to say that they’re not Project Runway fans nor are they likely to care about the difference between weft and warp knitting.

That doesn’t suggest, however, that, like Hathaway’s character, they can’t appreciate the hard work and effort it takes to construct something like an A-line skirt or cardigan jacket. Even if the names Christian Dior or Donatella Versace mean little in the grand scheme of things, one must recognize the artistic ability needed to be a successful fashion designer. That theme couldn’t be truer than in the documentary McQueen, a touching and deeply personal, rags-to-riches story of the late British fashion designer Lee Alexander McQueen. A fascinating tribute to McQueen, who committed suicide in 2010, the doc delves into his brilliant career and the inspiration behind his collections, and explores his devastating depression that ultimately led to his death.

Directed by first-time feature documentarians Ian Bonhôte and Peter Ettedgui, McQueen represents the vision of the title protagonist through intimate home recordings, heartfelt interviews with family and friends and, most importantly, video of the intricate runway shows the highly-skilled designer staged. Like the cinematic equivalent of his couture pieces, McQueen is stunning and conspicuous. What it isn’t, unfortunately, is unconventional. 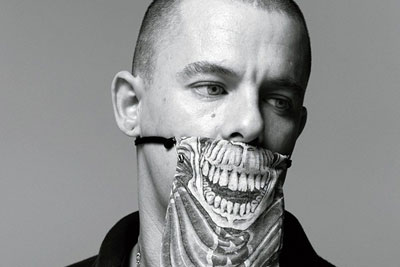 McQueen follows the standard documentary blueprint featuring a tortured artist and does so with satisfying, but not revolutionary, results. In recent years, films that have fallen under this category include 2012’s Ai Weiwei: Never Sorry, 2014’s Academy Award-nominated Finding Vivian Maier and the Academy Award-winning 2015 Amy Winehouse doc Amy. McQueen isn’t able to reach those heights mostly because, as storytellers, Bonhôte and Ettedgui don’t match the creativity of their subject.

Bonhôte and Ettedgui attempt to customize the narrative by breaking it up into different sections (for example, “Tape One: Jack the Ripper Stalks His Victims” and “Tape Three: It’s a Jungle Out There”), but it turns out to be a meaningless exercise in editing. Also unnecessary are transition shots of gold skulls melding with flowers that the directors use as some kind of metaphor linking life and death, which feels like an afterthought. Then, there’s the overdone piano score by British composer Michael Nyman (The Piano, The End of the Affair). Nyman’s music is lovely, but is out of place in McQueen, especially when the swelling classical arrangements overwhelm scenes where it would be more interesting to watch McQueen work meticulously in silence.

Despite some of these less than effective decisions, McQueen is at its best when the fashion designer, his thoughts and the clothes themselves are front and center. Secondary interviews with McQueen’s mother Joyce, sister Janet and some of his colleagues are illuminating, but nothing speaks to how McQueen was wired as much as the archived footage of him interacting with fabric and transforming it into something dramatic for the catwalk. It’s like watching a much more grounded version of Daniel Day-Lewis’ fictional fashion designer Reynolds Woodcock in last year’s Phantom Thread. Both are driven by the desire to create something wholly original and perfect, even as it pushes them to the brink.

This obsession is evident when looking at McQueen’s entire catalog — from his stints with high-end fashion houses like Givenchy and Gucci to his own label. With these platforms, McQueen transcended the industry and gave audiences some of the most bold, controversial and thought-provoking works of art, which were inspired by everything from murder to mythology to technology. In one of his most famous shows, McQueen converted the stage into a psychiatric ward and blurred the lines between beauty and madness. In another, he sent his models down the runway dressed as rape victims, a decision that received backlash from critics for its heavy misogynistic tone.

But McQueen, as always, pressed on and refused to allow anyone to dictate the messaging he wanted to put forth as an artist and designer — unfiltered ideas that were many times conjured in the darker side of his psyche. If anything, McQueen the movie is a worthy testament to McQueen the man and illustrates the passion he had for his elaborate craft.

“McQueen”opens on Friday, August 17 at the Santikos Bijou Cinema Bistro, 4522 Fredericksburg Rd. in the Wonderland of the Americas Mall.

The Brick at Blue Star is getting an early jump on the October vibe. Curious Twins Paranormal and Ghost Tours...