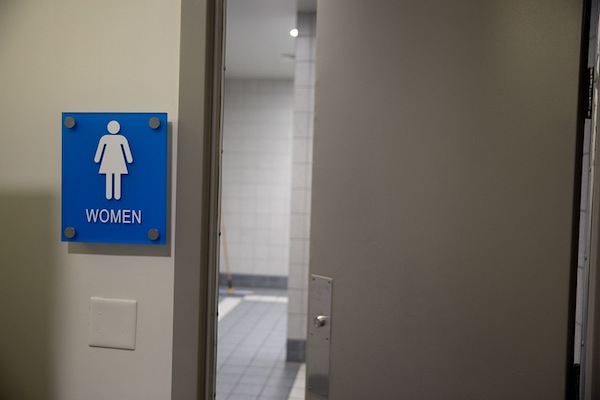 In the aftermath of one troubled study on the economic impact of a “bathroom bill” in Texas, San Antonio tourism officials are returning to the legislative debate with another dire financial outlook.

Legislation viewed by many as discriminatory toward LGBT Texans — including proposals to regulate which bathrooms transgender individuals may use — could cost the state $3.3 billion in annual tourism and more than 35,600 full-time jobs associated with leisure travel and conventions, according to a study by the Waco-based Perryman Group. The study was commissioned by Visit San Antonio and the San Antonio Area Tourism Council.

“In other words, what we have been saying all along is absolutely undeniable,” Casandra Matej, president and CEO of Visit San Antonio, said in a statement. “These numbers tell us there will be a significant — and longstanding — adverse impact on San Antonio and the state. We urge our legislators to consider these effects in making their decisions.”

The new numbers land amid an intense debate over proposed bathroom regulations in Texas, one in which LGBT advocates and the Texas business community have joined forces to oppose legislation they argue is discriminatory and bad for business. The study comes two months after a PolitiFact Texas article identified flaws in some of the numbers used by the Texas Association of Business to produce the state’s original economic impact report on the bathroom measure.

Citing security and privacy concerns, some Texas Republicans argue such legislation is necessary. The most prominent proposal is Senate Bill 6, a legislative priority of Lt. Gov. Dan Patrick that would regulate bathroom use in government buildings based on a person’s “biological sex.” That would keep most transgender people from using bathrooms that align with their gender identity. The proposal would also pre-empt local nondiscrimination ordinances that allow transgender Texans to use public bathrooms that correspond with their gender identity.

The Texas House, which has been largely disinterested in the Senate bill, will wade into the debate itself this week; a panel of lawmakers will consider legislation to ban municipalities and school districts from enacting or enforcing local policies that regulate bathroom use.

On Tuesday, Patrick criticized the idea that the passage of legislation that regulates bathroom use could negatively impact Texas’ economy, claiming that North Carolina last year set an “all-time record” for hotel occupancy and tourism.

“This is the latest bogus study predicting economic doom if Texas passes a law protecting personal privacy,” Patrick said in a statement.

Patrick also reiterated his belief that men will use trans-inclusive policies to enter the women’s restroom for nefarious reasons. “The question that must be asked to the tourism council who put out this report is why they believe tourists will want to visit a place where any man can lurk and loiter in the ladies room?” he added.

Earlier this year, Patrick shot back at claims of economic fallout, saying there was “no evidence whatsoever” that the passage of SB 6 would have “any economic impact in Texas.”

Other proponents of bathroom regulations have claimed that any economic impact would make up a tiny percent of the state’s economy. San Antonio’s study found those claims to be accurate but asserted that it still would amount to millions of dollars for local economies.

While it’s “impossible to know with certainty the magnitude of the net effects of the proposed bathroom access policy on travel and tourism in Texas,” the report estimates that the initial impact on business activity could cost the San Antonio-New Braunfels area $411.8 million annually.

“If the Texas Legislature passes a law viewed as discriminatory against LGBT persons, it is likely that some meetings and events would be canceled and that some leisure travelers will also avoid the state,” the study says.

The findings — based on losses experienced in other states and on data from a survey by a national travel association — will likely help boost opposition to the legislation from business and tourism groups. Those groups have already pointed to millions of dollars lost in North Carolina following the passage of that state’s original bathroom law, which was recently rewritten amid mounting public and economic backlash.

Tourism officials from the state’s five biggest cities oppose bathroom-related legislation and have already warned lawmakers that they’ve heard from organizations that are reconsidering planned events in their cities — a move that could cost each of them millions of dollars.

The study could also serve as a buffer for House Speaker Joe Straus, who opposes the Senate’s proposal. Straus, who represents a San Antonio-based district, has cited economic concerns as part of his opposition. It’s not known where he stands on the version of the bill the House panel will consider.

Still in the midst of National Poetry Month, San Antonio has been gifted an array of local offerings (organized in an...