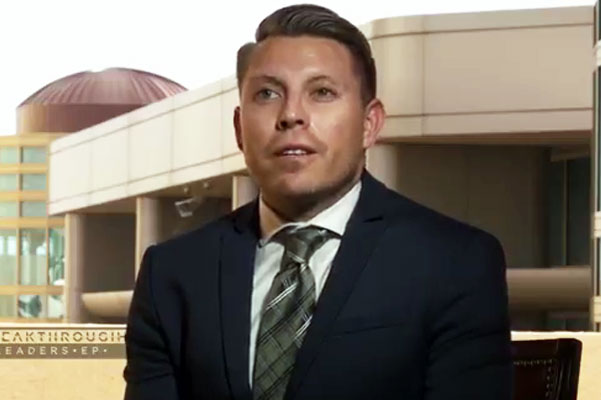 El Paso County Commissioners last week voted to replace County Judge Veronica Escobar, who is leaving to run for Congress, with her openly-gay chief of staff.

Ruben John Vogt, who was chosen interim county judge in a 4-1 vote on October 2, becomes the second openly-gay person to hold the title of County Judge in Texas. Jim Foster was the first, serving as Dallas County judge from 2007 to 2010.

Vogt has served as Escobar’s chief of staff for the past 11 years. “I’m really excited. It was a tough process for the Commissioners Court to go through. Replacing the judge is in no way easy. And the fact that I was considered without pursuing the possibility was an honor. I’m extremely honored by their willingness to think outside of the box and appoint someone that was not an elected official.” he told the El Paso Times.

Escobar is seeking the Democratic nomination for the Texas 16th Congressional District seat being vacated by Rep. Beto O’Rourke who is running for the Senate.

Vogt’s name was suggested for the job by El Paso County Commissioner Andrew Haggerty. “You’ve got a man who shows up early, leaves late — hard worker. When we were in there having discussions about who we can have to replace the judge, you have someone who worked side-by-side with her this entire time,” Haggerty told KVIA-TV. “I think it makes a lot of sense.”

Vogt has a B.A. in political science and English from the University of Texas at El Paso and an M.A. in intelligence and national security studies. He is vice chair on the board of directors of Equality Texas. He was chosen a “Breakthrough Leader” by the Greater El Paso Chamber of Commerce last May.

Vogt will be sworn in on October 10 and lead his first County Commissioner’s Court meeting on October 16. He is set to be married to his partner of five years in a ceremony on Friday which will be officiated by Escobar.

It used to be that only restaurants served brunch. Today, you can have brunch at a bar and even catch a drag show....