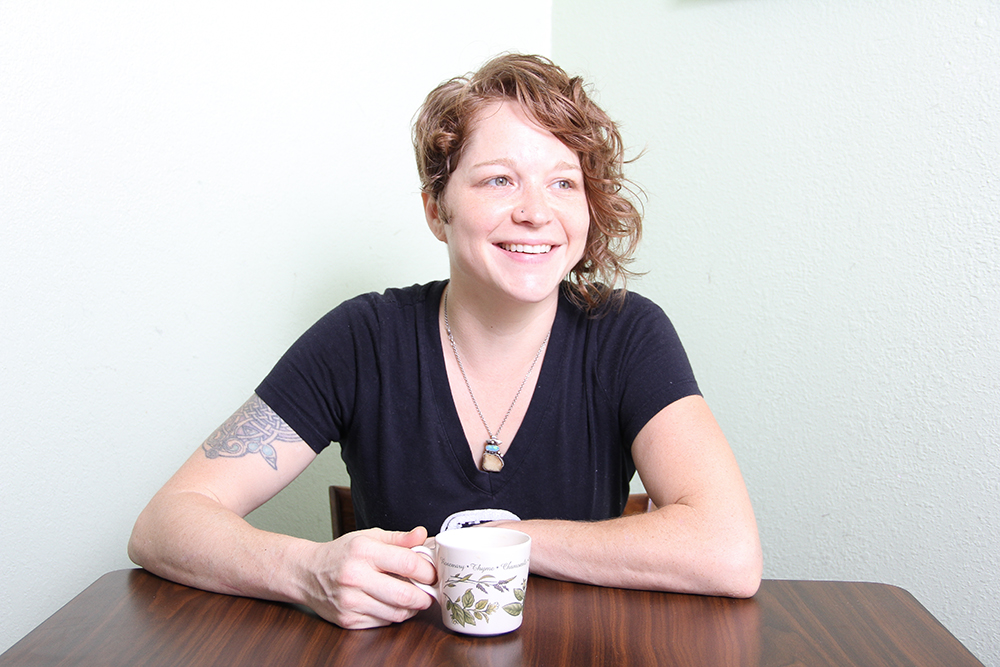 Cat New, chef and owner of The Clean Plate

“I’m gonna be the oddball.”

The petite 34-year-old chef and owner of The Clean Plate didn’t look the least bit odd to me—just one visible tattoo, a tiny nose stud, a baseball cap … c’mon, that’s tame for a chef these days. But here’s part of what she really meant: “I don’t identify first and foremost as a lesbian. First, it’s local and sustainable [food], then … I’m gay.” She went on to explain further that although her equally diminutive restaurant is located in a nightlife nexus (The Saint and Essence are literally within spittin’ distance), “I don’t go out much anymore. The industry tends to go out after work and booze it up, and I’m not a stranger to that, but … ”

But nowadays she’d rather “go home, take a shower, and be quiet with my dog. Quiet is important; I’m okay with silence.” Considering that, as she says, “I spend all day standing in a 130-degree kitchen,” this is understandable. Besides, as Manny is the lone, surviving member of a former trio of dogs, she feels he deserves “a lot of one-on-one.” Just Cat and Manny on the porch with a cold Karbach. Maybe some hammock action, too.

Which is not to say that she turns into a total hermit at night or other off times. She also winds down by gearing up for hiking or rock-climbing. But if she’s entertaining friends at her rental house near the Pearl, it’s grilling. “I like to keep things simple. Grilling keeps the kitchen clean; vegetables in a simple marinade don’t need to be tweaked too much.”

This July marked two years that The Clean Plate has been open with its devotion to “nutritionally dense” foods such as a fire-roasted pepper stuffed with seasonal vegetables, enhanced by chipotle cream and cheddar-jack cheese—add-on beef available. And for those sharing New’s yearning for cream and high amounts of flavors, there’s a mac and cheese with optional bacon. It’s all about balance. And as Manny will soon have a partner so he won’t be alone during the day, there’s nothing at all odd about the balance that’s been struck.

“My shots of Elvis Presley from a concert here in San Antonio have been lost to the universe.” Gene: Hi,...