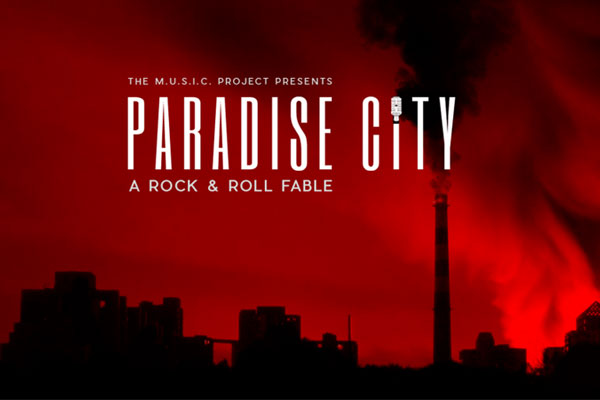 On Friday, October 20, Paradise City: A Rock and Roll Fable will premiere at the Josephine Theatre.

According to the Paradise City Rocks website, “The music tells the story of a dreamer named Jimmy as he and his band mates, The Heroes, seek to find their place in the world. When they arrive in Paradise City, it seems they’ve found it all: love, fame, money and more. Freedom and excess rule the day! But those in power have dark motivations and the city is not what it seems. Inspired by the classic concept albums and rock operas of the 1970s, Paradise City is part rock show, part musical theater and something completely different.”

Paradise City was written by the creative team of Ricky Hernandez, Tito Villalobos Moreno, and Richard Rosen. It features the talents of local singer-songwriters Lucas Jack and Bekah Kelso.

In a video promo Kelso says,”What I think is cool … is that it’s completely homegrown and really speaks to the talent we have in San Antonio.”

A portion of the proceeds will benefit the M.U.S.I.C. Project and the Tito Villalobos Moreno Memorial Scholarship fund.

The fall party season would not be complete without Fiesta Youth's annual Halloween Hocus Pocus fundraiser, which this year slated...