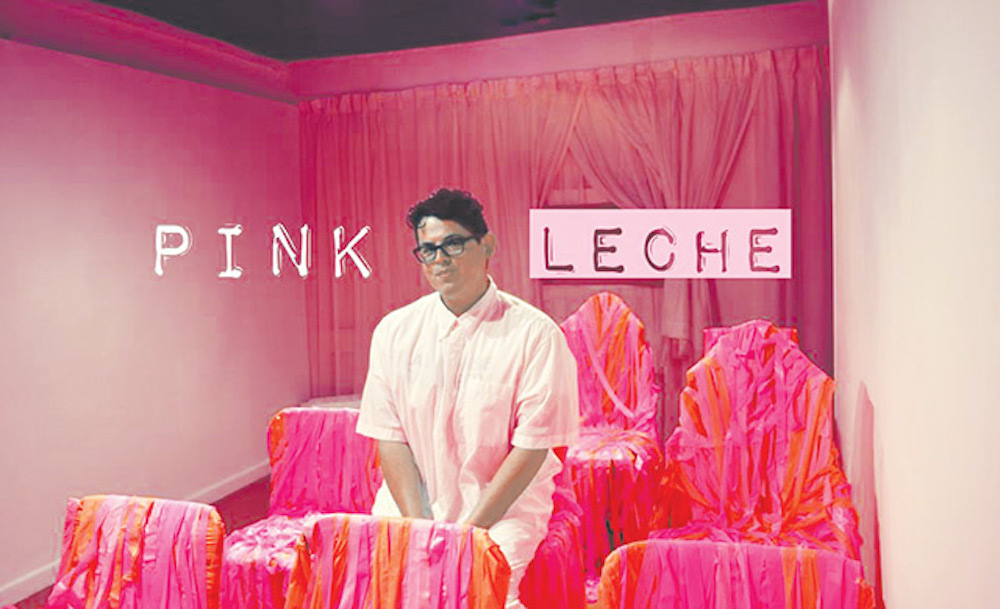 Pink Leche has become known for his eclectic blend of musical styles–something he calls “Queer Bass.” When he was putting together his latest show, he quickly realized it had turned into a total sausage fest. He asked himself, “Where my girls at?” and decided he would round out the show with a number of local female visual artists.

Saturday night’s event at Brick, “Where My Girls At?” will showcase the work of four artists– Marcela Ramirez, Linda Arredondo, Krystal Paul, and Audrya Flores.

“It’s just so people can get together, have fun, and do something interesting,” Pink Leche told Out in SA. “Artists and musicians are collaborating hand in hand. I think that’s a very interesting combination that’s happening in San Antonio right now. I see that we’re really bouncing off each other. People are going to come out for the music, or people might come out for the art, and they are going to experience both.”

The event continues in the spirit of collaboration that seems to have taken over both Pink Leche and fellow gay rapper Chris Conde. The two performers have been quite active as of late.

“When I performed at the Maverick Music Festival, Chris Conde performed right after me, and I invited him onstage to perform one of my songs,” Pink Leche said. “So I see this in our future– collaborating more often when we get the chance together.”

For his live set, Pink Leche promises plenty of “sassy banter, Southeast side realness, and a ton of bass!”

“Where My Girls At?” is notable for its ambitious attempt to bring more visibility to local female artists and its inclusion of several of the areas queer music acts such as Conde and Queer Cumbia en Tejas.

Quizzing the candidates: Mike and Leticia

Mike and Leticia: Choosing between friends With early voting for the municipal election starting on April 27, Out In SA...