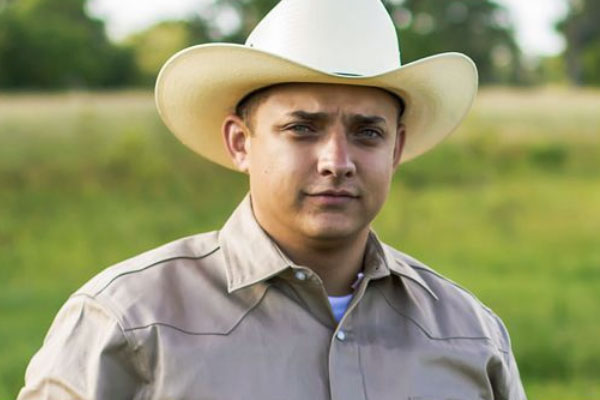 In the Republican runoff for Texas House District 128, candidate Briscoe Cain has been accused of being gay in a flyer linked to his opponent, incumbent Rep. Wayne Smith. (Photo: briscoecain.com)

The race for the Texas Legislature just hit a new low in the Republican runoff for Houston’s District 128.

A flier linked to the campaign of 72-year-old incumbent state Rep. Wayne Smith was recently leaked to the media, insinuating his opponent, 31-year old Briscoe Cain is gay.

The anti-LGBT flier features two men kissing in front of a public restroom and reads: “Briscoe Cain is well known to those who frequent Montrose area night clubs and Gay bars.” The flier also seems to be stoking conservative voter’s fears of predators using public restrooms. It further reads: “Houston voters want to keep men out of women’s locker rooms and restrooms. District 128 voters should keep Briscoe Cain out of the men’s restrooms as well.” Elsewhere, the flier also features photos of Cain engaged in various activities with other males.

On May 20, Cain who is married to a woman and has three children told the Houston Chronicle the allegations were “baseless,” and that he was “disgusted” by his opponent’s actions. He said the photos of him were stolen off a friend’s old Myspace account.

On his campaign website, Cain reveals he is against same sex-marriage and is in favor of cutting off funding to cities with LGBT non-discrimination ordinances. In November of last year, Houston voters famously voted against an ordinance that would grant protections to the LGBT community. Anti-LGBT activist Steven Hotze defended Cain stating: “I’ve known Briscoe for years and I take him for his word. It’s such a despicable piece, so sleazy… but its politics for crying out loud. That’s how it works.”

Smith denied having seen the flier and said it was neither authorized nor approved by his campaign.

Scott Braddock, an editor at the Quorum Report, initially revealed the flier on twitter.

The runoff election is on Tuesday May 24.

A gay married couple has opened a clothing-optional retreat for gay and bisexual men about a mile-and-a-half from former President...