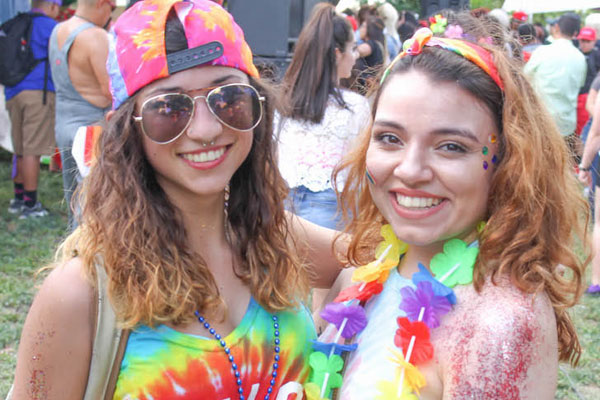 When we think of states that are setting a lead example for LGBT equality in America, Texas is no shining star. But, according to the Human Rights Campaign’s 5th Annual Municipal Equality Index, the rest of the state could learn a thing or two from San Antonio, which received 95 out of a possible 100 on the nationwide rating system of LGBT inclusion in municipal law and policy.

The city’s scorecard is broken down by the following: non-discrimination laws, 20 out of 30 points; fair benefits by the municipality as an employer, 18 out of 24 points; efforts that the city puts forth to ensure LGBT constituents are included in city services, 11 out of 16 points; fair law enforcement, 22 out of 22 points; and finally, the city leadership’s commitment to fully include and advocate for the LGBT community, 8 out 8 points. San Antonio received 16 bonus points for criteria such as services provided to LGBT youth, homeless and people living with HIV/AIDS, bringing the city’s score to a solid “A.”

Of the other Texas cities scored by HRC, San Antonio comes in second to Dallas, Forth Worth and Austin, which all received perfect scores of 100.

The rest of the state, however, is in dire need of equality training, especially in cities like College Station, which earned a disgraceful 6 out of 100 points, and Grand Prairie, which received an embarrassing score of 12 points.

In fact, several Texas cities earned a less than favorable score, with multiple municipalities in the less-than-20 range, and three towns which landed in the single-digit range.

Though San Antonio still has some work to do, it’s encouraging to see that we’re at least heading in the right direction.

(Editor’s note: San Antonio’s nondiscrimination ordinance protects LGBT employees who work for the city and for city contractors. However, it does not include city-wide employment nondiscrimination protections, a fact which may have affected its MEI score.)

It's that time of year when pumpkin spice invades the food chain and when zombies and skeletons hit the streets...