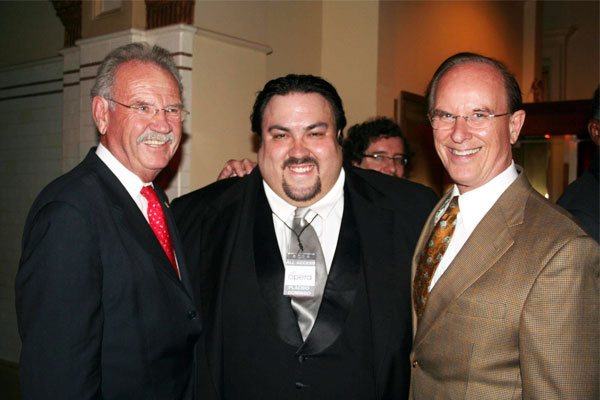 Mark Richter, the founding artistic director of the Alamo City Opera, died on April 28 at the age of 51.

Over the course of his career, Richter produced over 100 operatic productions in San Antonio. During his life he led the Pocket Opera, the Lyric Opera of San Antonio, the Opera Piccola and the Alamo City Opera which specializes in presenting chamber operas.

Richter himself was an accomplished singer. During the 1990’s, he started San Antonio’s Three Tenors, an operatic trio to similar to the Three Tenors which was composed of Luciano Pavarotti, José Carreras and Placido Domingo.

Some of Richter’s most high profile presentations include Placido Domingo performing at the Alamodome in 2007 and in 2011 at the AT&T Center. In 2008, Andrea Bocelli starred in the opera Cavalleria Rusticana, selling out two performances at the Municipal Auditorium.

Earlier this year, the Alamo City Opera’s presentation of As One was applauded by audiences for its dynamic portrayal of a transgender protagonist. “This is more of an opera about finding your inner self, the inner realization of who you are and pursuing it,” Richter told the San Antonio Current at the time. “I don’t think you have to be transgender to understand that … everybody is looking for that.”

In that same interview, Richter told the Current that the Alamo City Opera’s smaller productions offered “more drama” for the audience. “We are in the business of creating an experience,” Richter said. “Why else do we go to a live performance or concert? We want to feel that presence of emotion that comes from a live performance, and opera is right at the top of that.”

Arrangements are through Mission Park South Funeral Home. A GoFundMe page has been set up to help defray of the cost hospital and burial expenses.

Originally published in the San Antonio Current. During a Fox News interview, Lt. Gov. Dan Patrick — who has a...