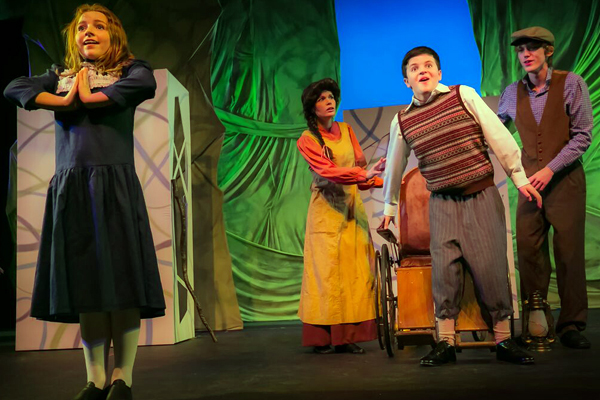 If your name is Mary, then you are probably familiar with the popular English nursery rhyme: “Mary, Mary quite contrary…”

Aside from its common use on playgrounds to tease young girls named Mary, its also the best description of the main character in the The Secret Garden.

Now Running at the Russell Hills Rogers Theater through March 12, the musical is a new adaptation of the beloved children’s classic, part of the Playhouse’s 2016 – 2017 season. Based on the book by Frances Hodgson Burnett, the musical tells the story of the orphaned Mary Lennox ( Ashley Doyle) who has been sent to live with her tormented uncle (Nicholas Szoeke) at Misselthwaite Manor.

When the spoiled Mary discovers a secret and abandoned garden with her friend Dickon (Karol Cooley), the young couple restore it to its original glory and in turn teach all those living at Misselthwaite Manor the power of hope and redemption.

“The longer we have worked on this beautiful piece, the more it seems it will never be untimely,” Hoadley said in a press release. “We hope you are as touched by this classic as we have been.”

An undocumented transgender woman, who had just received a protective order against a boyfriend who she alleges was abusing her,...