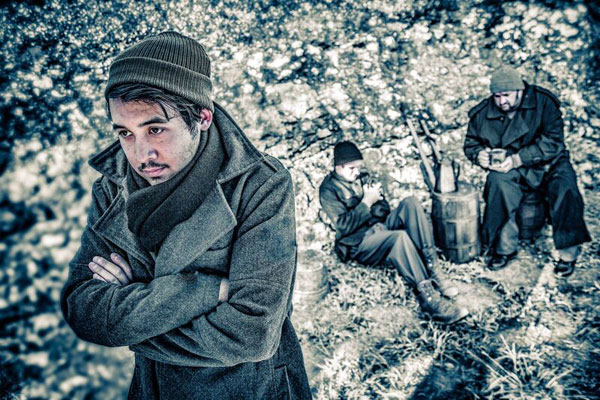 As the country heals from one of the most divisive presidential elections in modern history, the Playhouse San Antonio presents the Texas premiere of Peter Rothstein’s All is Calm: The Christmas Truce of 1914.

Based upon real-life events which took place during World War I, the play tells an inspiring story of hope and peace. On December 24, 1914 English and German soldiers from both sides of the Western Front emerged from their trenches into no man’s land to exchange gifts, sing Christmas carols and bury their dead.

It was an unofficial Christmas truce frowned upon by many officers, but one in which thousands of soldiers partook. The war would resume the following day and continue until the  general armistice of November 1918.

But for the many soldiers who survived the war, the Christmas truce of 1914 would be remembered as nothing short of miraculous – a moment that a society a century later could take lessons from.

In a letter written to his mother, a young Captain of the Scots Guards named Sir Edward Hulse described in detail his encounter with German soldiers. “They said that unless directly ordered, they were not going to shoot again until we did,” wrote the captain. “They think that our press is to blame in working up feeling against them by publishing false ‘atrocity reports.’ We had a heated, and at the same time, good-natured argument, and ended by hinting to each other that the other was lying!”

All is Calm is co-directed by George Green and Bill Gundry with music direction by Nicholas Ponting.

Originally published in the San Antonio Current The claims were always fantastic – as in difficult to believe. The girls,...