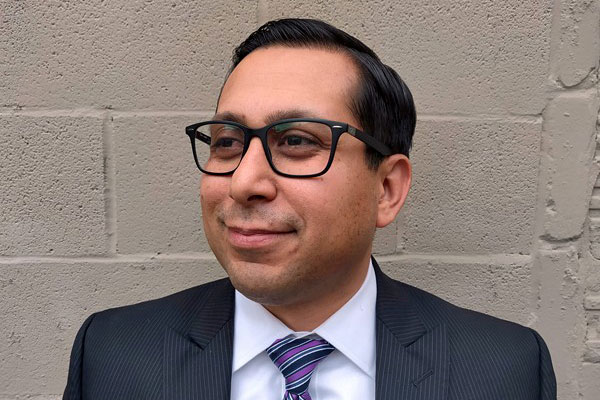 I’m sitting across from Democratic State Rep. Diego Bernal and he’s telling me that his mother and I are neck and neck in tracking his whole political career. In honor of the holiday season, I thought I’d demand a recount.

Bernal became this column’s inaugural subject in 2011, when he ran for the District 1 city council seat and won. Our second on-the-record chat was in 2012, for the short-lived Who Runs This Town? video series. We met again in 2014, when he decided to leave the dais to run for the Texas House 123 seat being vacated by then-mayoral hopeful Mike Villarreal.

Now, four years later, I’m sitting across from Bernal at Halcyon Cafe in the Blue Star Arts Complex. This time, he’s won a second term as state rep in what many observers agree was a midterm to remember.

So, yes, if I were on a game show and all the questions were about Bernal, I’m confident I’d make it to at least the final round.

Though Bernal’s a superstar elder statesman in the eyes of some young activists — particularly those connected to the local LGBTQ community — he’s hardly the ghost of Texas’ political past. In fact, he actually appears younger than when I first met him.

“I think if you’re under five-eight and you have adult acne, you look like a teenager all the time,” he says, deflecting my compliment with his signature charm.

No doubt, that charm comes in handy when crossing the aisle over issues that have been near and dear to his heart for years. Public education, he’s happy to observe, is finally trendy.

“It’s almost like I’ve been telling you for a long time that this band’s really good?” he says. “And then, finally, they blow up, and all of a sudden, they’re everybody’s favorite band.”

“Live on stage: Public Ed and the Healthcare Hotties,” I joke, turning his signature issue into a band name.

I was like that in high school, I tell him. When I started seeing everyone wearing Madonna buttons, I was like, “Oh, now you like Madonna.”

Bernal and I seem to have a best friends-in-middle school-type dynamic that gives our conversational style a bouncy familiarity. During our conversation, he hands me a glass of Topo Chico.

“To clear your palate when you drink this,” he says, sitting down my outsize cup of espresso.

After the midterms, Bernal says that the culture in the House seemed to change “overnight.”

“There were Republicans who won, but just barely,” he says, citing Lt. Gov. Dan Patrick, who eked out less than a five-point victory. “I think the state was telling us to focus on things that matter.”

When I mention my recent interview with his colleague, Democratic Rep. Ina Minjarez, he unhesitatingly sings her praises.

“To me, Ina’s the future of Texas politics,” he says, adding District 4 Councilman Rey Saldaña to the mix a moment later.

Getting back to parties, I ask Bernal if he thinks they sometimes stop politicians from doing the work of the people.

When he replies affirmatively, I ask if the situation is frustrating to see.

“Yes. Very much so,” he says. “I hate Democrats as much as I hate Republicans sometimes.”

Though some of those things, he admits, are “pretty funny.”

“Not all Mexican-Americans are very tall, right?” Bernal says. “Some of these reps will continuously confuse us for one another. … Someone will come to my desk, kneel down and say, ‘Hey,’ and then go into this whole thing about Veterans Affairs. I’m like, ‘Dude, I wish I was as good-looking as [State Rep.] César Blanco — but I’m not César.”

I ask how that makes him feel.

“It depends on [my] mood,” he says. “Sometimes, you’re really offended by it.”

But, he concedes, other times his inner Fozzie Bear kicks in.

“I might say as a joke, ‘There’s only a few of us. If you think it’s hard for you, imagine how hard it is for us! I need flashcards for you guys!’”

Over the coming holidays, Bernal and his family will carry on a relatively new tradition.

“We order Chinese takeout and watch some crap Christmas movie on Netflix,” he says.

I inquire what crap movie goes well with egg rolls and fried rice.

“There’s this movie called Rare Exports: A Christmas Tale,” he says. “It’s about the legend of the original version of Santa Claus, where he would kidnap kids and put them in his knapsack. There’s this expedition that uncovers this frozen, deadly Santa and awakens him. This little boy is basically trying to save his town from the crazy Santa Claus.” He shakes his head and chuckles. “It’s so ridiculous, but it’s so much fun.”

I’m officially documenting that he loves this movie, I tell him.

The board of Pride Center San Antonio announced on December 18 that starting next year, it will annually bestow five...