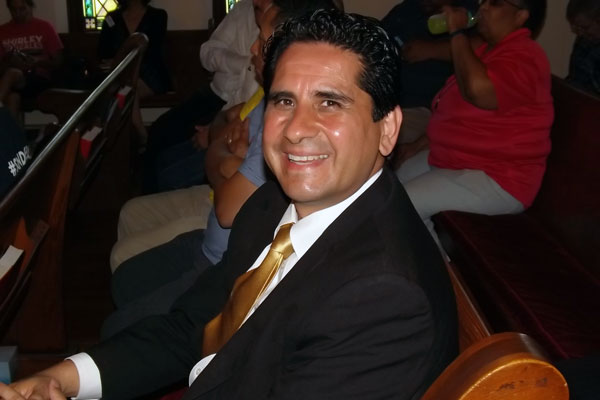 Since he became the Bexar County Democratic Party chairman in 2012, Manuel Media has emphasized his support of LGBT issues. He supported the nondiscrimination ordinance and went so far as to say the party would reject any candidate who did not support the measure.

Now as a candidate for mayor, Medina continues to say he is an LGBT ally. However, two years ago, he signed a “faith based platform” developed by the San Antonio Christian Leaders Forum, a group whose mission is “Uniting Christian Leaders to seek the welfare of the city through focused prayer and action.”

The platform is meant to serve as the basis for how the Christian Leaders Forum “will elect, support, monitor and evaluate our government and civil leaders.” For all it’s good intentions, the document contains language that could easily be interpreted as being anti-abortion and anti-LGBT.

One plank in the platform says candidates must “Protect and defend the sanctity of life.” The next plank proclaims the need to “Protect, defend and support the traditional family.” Both statements are standard doublespeak used by the right wing to signal their anti-abortion and anti-LGBT views.

Another troubling plank reads, “Protect religious liberty as defined specifically by the Constitution of Texas and the United States of America,” a statement which could easily imply support for the many “religious refusal” laws being considered during the current session of the Texas Legislature. Troubling too for LGBT voters is the March 21 endorsement Medina received from the San Antonio Tea Party, a group that vehemently opposed the passage of the NDO.

During a brief conversation with Out In SA during the Stonewall Democrats candidate endorsement forum on March 26, Medina was asked how he could support LGBT issues and still be aligned with the Tea Party.

Medina said he and the Tea Party had agreed to disagree on certain issues and their support of him had to do with their agreement with him on fiscal issues. He reiterated his support for the LGBT community and said he supported a city-wide employment nondiscrimination ordinance. “I support it all,” he said. “Your magazine should endorse me.”

Medina did not get the Stonewall endorsement. Some members told Out in SA they were leery of his Tea Party connection and for the strong criticism he received in the San Antonio Express-News for his questionable management of Democratic Party funds.

Candidate Medina was recently called on the carpet over his apparently duplicitous pitch to voters during a forum sponsored by the progressive collective Our Revolution.

As reported by Gilbert Garcia in the Express-News, long-time Democratic activist David Van Os challenged Medina over his support of the Christian Leaders Forum platform.  “I respect everybody’s different opinions and beliefs, but I want political candidates to be honest about what they stand for and what they don’t stand for,” Van Os said to Medina at the forum.

Candidate Medina’s double-dealing campaign statements have not been lost on LGBT leaders.

Attorney Maria Salazar, vice president of the local LGBT LULAC chapter, summed it up in a Facebook post: “So this Democratic candidate, Manuel Medina, signed off on a super conservative faith-based platform in 2015 and yet holds himself as being a super ally for the LGBTQ community and for women’s rights . . . Well, I just can’t reconcile the contradictions and inconsistencies with this mayoral candidate. Pretty much tells me we need to oust this guy as the Bexar County Democratic Party Chair. Who’s with me on that point?”