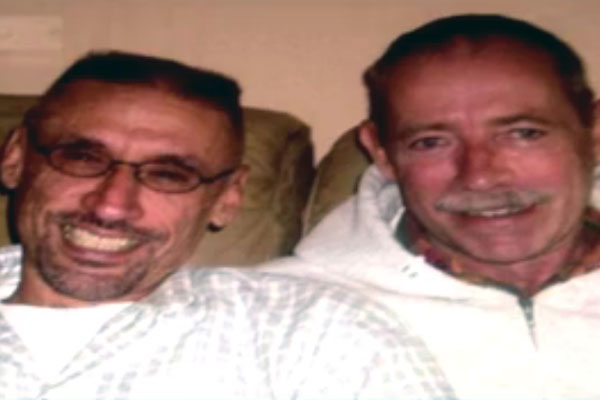 Richard Ramirez (left) of San Benito, Texas was seriously injured in the terror attack on a Berlin Christmas market on December 19. His partner (right) was killed in the attack. (Photo: Courtesy Ramirez family via KGBT-TV)

A man from Texas was seriously injured and his partner was killed during the deadly truck attack on a Christmas market in Berlin on Monday, December 19.

The family of Richard Ramirez of San Benito, Texas told local reporters that he had moved to Germany 10 years ago to live with his partner, a German citizen whose name has not been released.

Ramirez’s brother, Armando, told CBS News 4 that Ramirez was in critical condition in the intensive care unit of a Berlin hospital where he had surgery to remove part of his colon. He also suffered injuries to his anterior cruciate ligament, the tissue that connects the thighbone to the shinbone at the knee.

Ramirez’s family was informed of his injuries by the U.S. Embassy in Berlin. Thanks to help from the embassy’s Office for Victim Assistance, Armando and his sister plan to travel to Germany to be with their brother.

“Everyone’s been praying for my brother and the other victims and all we can do is hang on to our faith and pray,” Armando told CBS News 4.

Twelve people were killed and 50 were wounded in the attack, which German officials have said is an act of terrorism. German police are searching for a Tunisian man, Anis Amri, who they say drove the truck into the crowded market.

Three officers from the San Antonio Police Department came to Sparky's Pub on Tuesday, December 20 to pick up a...