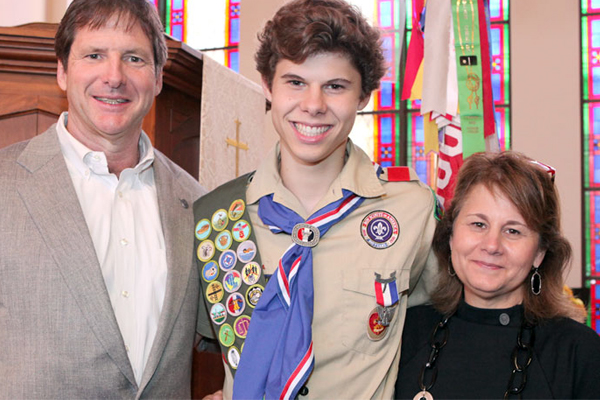 Alamo Heights High School student David Molak took his life after being bullied on social media. A new anti-bullying law named in his honor has been introduced in the State Legislature. (Photo: DavidsLegacy.org)

The Texas Senate unanimously approved Senate Bill 179, legislation that cracks down on bullying in the state’s public schools.

SB 179 was introduced in the Senate by State Senator Jose Menendez. In January, Menendez called for the passage of the bill saying, “Cyberbullying is a crisis in Texas and across the nation. Families need our help.”

A separate version of the legislation, HB 306, which was filed by State Representative Ina Minjarez, is now under consideration in the House where it has cleared its initial committee hearing.

The legislation has been dubbed David’s Law after David Molak, a 16-year-old Alamo Heights High School student who committed suicide after being bullied online by fellow students. Members of Molak’s family were present at the Senate vote.

“The last memory I have of my son was before closing his coffin. Seeing him there. I don’t want any of your children, grandchildren or cousins to go through this. That’s why we’re here,” Matt Molak, David’s father told Spectrum News.

Speaking to his colleagues on the floor of the Senate before the vote, Menendez said, “I believe we have the responsibility to act before more children take their lives. The bullies now are on our children’s phones and on their computers.”

David’s Law would make electronically harassing or bullying anyone under the age of 18 through text messages, social media, websites or apps a misdemeanor. Under the law, schools must formulate cyberbullying policies and report infractions to the parents of the bullies and the victims.

“David’s Law will empower school administrators and law enforcement to go after and reprimand the bullies who prey on students, while focusing on rehabilitation. David’s Law will prevent and combat bullying in schools through several measures,” Menendez told Out In SA in an interview last October.

By Alexa Ura, The Texas Tribune May 3, 2017 Prayer is a staple of the Texas Capitol, where lawmakers begin...